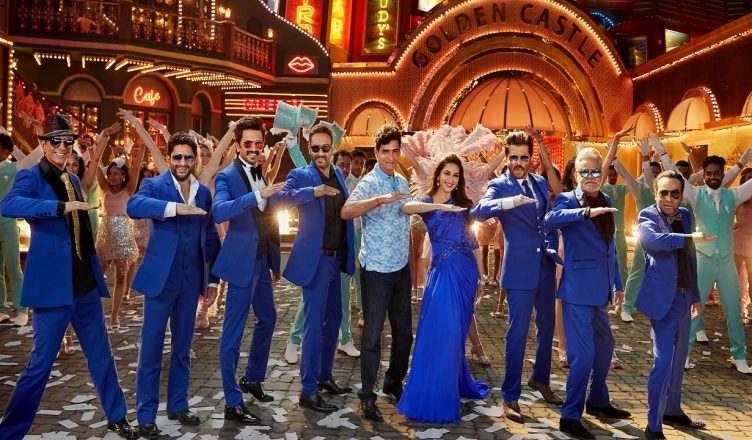 WILL TOTAL DHAMAAL TURN OUT TO BE YET ANOTHER HIT OF 2019?

Times have changed and so have our films. A not-so-typical commercial entertainer like Gully Boy has set the box office on fire, at least in some parts of India. Uri: The Surgical Strikemeanwhile is refusing to stop. At first, Rs. 200 crore seemed like a distant dream but it crossed the coveted mark. And now trade and industry is hoping that it’ll reach at least till Rs. 240 crore! Again, Uri: The Surgical Strike was not the usual entertainer and yet, audiences accepted it across the country.

However, watching a typical masala comic fare still has its charm. Total Dhamaal, that releases tomorrow, is one such film and despite the challenges, it has the potential to work big time. It is the third part of the Dhamaal franchise. The first part was a big hit and a riot on television. The sequel – Double Dhamaal – was a bit of an underperformer. But it opened very well which proves that the franchise has been loved. The recall value is still strong. And moreover, it has some other factors going in its favour. The Dhamaal regulars are there – Arshad Warsi, Riteish Deshmukh and Jaaved Jaaferi. Ashish Chowdhryunfortunately couldn’t make it this time and same goes for Sanjay Dutt. But in their place, Ajay Devgn, Anil Kapoor andMadhuri Dixit have stepped in. Needless to say, such an excellent cast has added to the hype.

Total Dhamaal moreover is an adventure comedy. The trailer indicates that a lot of animals have been used for comic effect. The masses and the younger kids enjoy such kind of humour and Bollywood hasn’t really made such a film in a long, long time. This is a big advantage for Total Dhamaal. It promises to be a complete family entertainer with pan-India appeal.

The film also has some challenges though. A section of audiences have found the trailer nonsense. Many of these belong to the critics category and they are sure to slam the film in their reviews. However, if the film is good, then it won’t pose a problem. But since it’s a costly film, the film has to have a very positive word of mouth and if that doesn’t happen, it’ll prove detrimental. Despite being a kid-friendly film, it’s released just around the exam season. Ideally, a film like this should have come out in April or May, during the vacations. Songs haven’t worked and the VFX looks a bit tacky.

The opening for Total Dhamaal surely would be strong. Gully Boy is a competition but that won’t hamper much as it’s mainly an urban success. In the smaller centres, it’s Total Dhamaal that’ll dominate single-handedly. The first day collections could be around Rs. 12 to Rs. 15 crore and might even go higher. A weekend of Rs. 50 crore would be ideal. As seen by the success of Uri: The Surgical Strike, Andhadhun, Badhaai Ho, Stree etc, when the audience accepts a film with open arms, then it can go anywhere. The hope is that Total Dhamaal should cross Rs. 100 crore. But if response is extraordinary, even Rs. 200 crore is possible!

The idea of Total Dhamaal is exciting and it’s success will prompt more filmmakers to make such films. Here’s hoping it works big time!

WOULD YOU LIKE TO SEE TOTAL DHAMAAL AND WHY? DO LET ME KNOW!