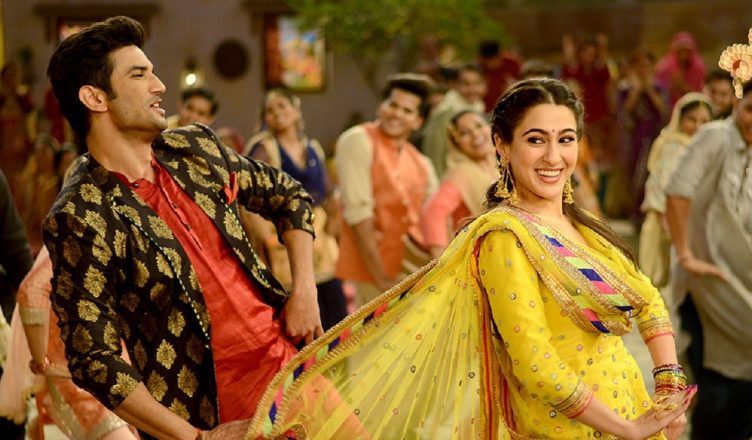 WILL KEDARNATH MANAGE TO SUCCEED?

The exciting month of December is here as all 4 Fridays will see the release of some very exciting films. Tomorrow, the slightly-delayed Kedarnath will be releasing finally. It marks the debut of the much talked about actress Sara Ali Khan. She is paired opposite Sushant Singh Rajput in this film that is directed by Abhishek Kapoor.

The making of this film was akin to a roller coaster ride. Initially, Abhishek Kapoor was to produce this film with Prernaa Arora’s KriArj Entertainment. In February this year, they had fallout over various differences. The film’s production got stuck as a result. Sara Ali Khan meanwhile was offered Rohit Shetty’s Simmba, which is to release later this year on December 28. Her management team perhaps assumed the Kedarnath row would never get solved and they gave away all her dates to this film. However, the matter went to court and was resolved. The film then got a new co-producer – Ronnie Screwvala. Abhishek wanted to obviously begin shooting immediately but was shocked to see that Sara’s dates were not available at all. He had to approach court, once again, and only them they were able to reach a common ground.

Kedarnath was initially scheduled to release on November 30. But then 2.0 decided to come on November 29 and Kedarnath was postponed to next year. Total Dhamaal was to then arrive on December 7 but it got pushed to February 22, 2019. As a result, Kedarnath quickly grabbed this slot. There’s no Hindi release next week and hence it has a clear two-week window. 2.0 however is doing well and it might affect the collections. But more than, what can affect Kedarnath is that buzz is very limited. The trailer is quite good and it’s fascinating to see how the team has recreated the 2013 Uttarakhand floods. Somehow, it hasn’t generated into tremendous excitement. Moreover, the film’s cost is quite high.

Kedarnath can open at around Rs. 6-7 crore range. It can grow over the weekend if the reports are positive. If that doesn’t happen, it’s bound to be a big flop. For Sushant Singh Rajput, the success of Kedarnath is very essential. In 2016, he surprised one and all when M S Dhoni – The Untold Story turned out to be a huge grosser and even crossed the Rs. 100 crore mark. However, it was the Dhoni factor that led to the film’s success more than Sushant. And then his reincarnation love story Raabta was a huge disaster. It affected his track record and he needs to prove that he’s quite capable of delivering a hit and pulling audiences through his presence majorly. Not just that, the success or failure of Kedarnath would also impact the buzz of his forthcoming films to an extent – Son Chiriya, Drive, Kizzie Aur Manny and Chhichhore. Sushant is an excellent actor and here’s hoping Kedarnath works big time for him!

WOULD YOU LIKE TO SEE KEDARNATH AND WHY? DO LET ME KNOW!