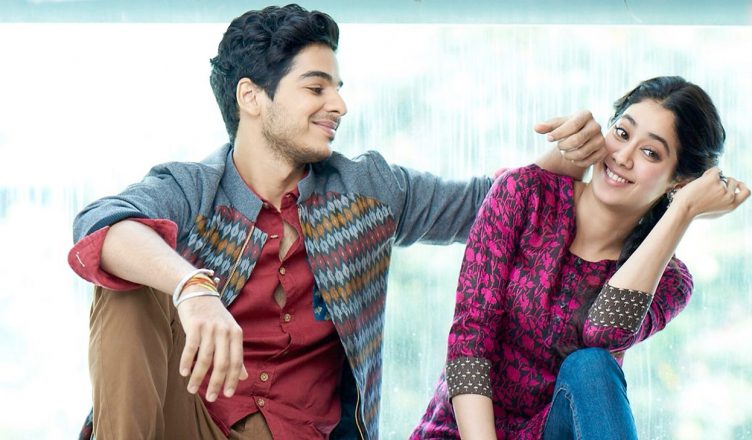 WILL DHADAK MANAGE TO WORK DESPITE THE CRITICISM?

Launching newcomers has always been a risk. But if the newbies are already known (which usually happens if they happen to be star kids), then that can significantly help the film generate buzz. Janhvi Kapoor was one such star kid who has got noticed long back when she used to accompany her parents Sridevi and Boney Kapoor for public events. Everybody was of the opinion that she was a star in the making. More than a year ago, it became evident that she’s going to be launched by none other than Karan Johar. Finally, the reports turned out to be true. Janhvi was all set to make her debut in Dhadak, the official remake of Marathi cinema’s biggest blockbuster Sairat.

Dhadak also stars Ishaan Khatter, half-brother of Shahid Kapoor. He’s not as popular as Janhvi but had got noticed. Moreover, his first film released few months back, Beyond The Clouds, and it proved that he’s a fine performer. Dhadak is directed by Shashank Khaitan, who has carved a niche with his desi entertainers like Humpty Sharma Ki Dulhania and Badrinath Ki Dulhania. Dhadak also seems quite rooted and appealing. This would definitely give the film a pan-India appeal. As a result, it has chances not just in multiplexes but also in single screens, in B and C centres as well. Songs have worked well. A section of audiences criticized Zingaat, which also was there in Sairat and is a rage. But the song has only helped add to the buzz. Also, the soulful title song is already a chartbuster.

Dhadak releases solo on July 20. There’s a Hollywood biggie, Skyscraper, releases as well but it won’t be a big competition. Last week’s Soorma has underperformed and Sanju has already earned 90-95% of its lifetime earnings. And there’s no major competition till the release of Vishwaroop 2’s release on August 10. With 3 open weeks of sorts, Dhadak can earn big time at the box office. There’s also a chance that it can cross the Rs 100 crore mark. If that happens, it’ll be the first debutant film to do so. However, the reports have to be positive. Or else, it can crash in the weekdays. Nevertheless, a 8-10 crore opening is definitely on the cards!

WOULD YOU LIKE TO SEE DHADAK AND WHY? DO LET ME KNOW!