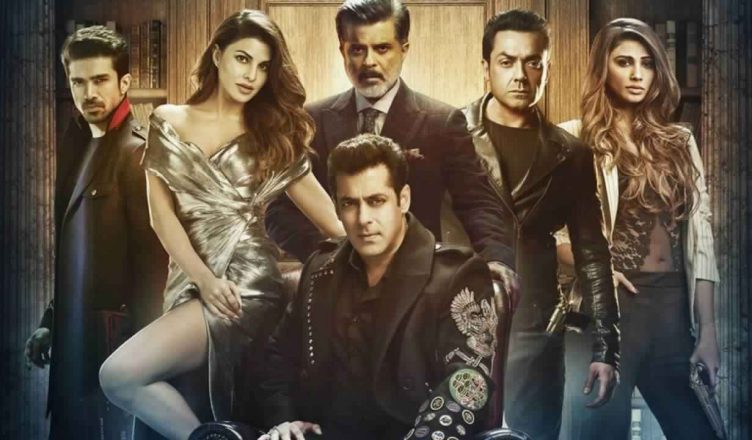 Eid is around the corner and so is a Salman Khan release, as is the tradition since almost 9 years now. This time, the superstar is all set to present the big-budget action entertainer Race 3. The film looks appealing and something that should be savoured on the big screen. It’s even in 3D! But the obstacles faced by the film are quite a lot.

Race 3, besides Salman Khan, also stars Jacqueline Fernandez, Anil Kapoor, Bobby Deol, Daisy Shah, Saqib Saleem and Freddy Daruwala. While the first two instalments were directed by the thriller masters Abbas-Mustan, this one is helmed by Remo Dsouza. Race and Race 2 were known for it’s slightly adult theme and numerous twists and turns. Race 3 however is a bit mellowed down and talks about the importance of family! The action and thrill is still there but by Salman’s own admission, Race 3 is more of a family entertainer! This can be good news since the more the film is family friendly, the more it has chances of becoming a huge grosser and getting more people to cinemas. But to make a film of Race franchise a family-friendly flick can be a risk. If it goes wrong, it can become a laughing stock.

The Race 3 trailer gives an impression that it’s a timepass flick. Also, the trailer is quite smart as it didn’t reveal the plot at all. However, the trailer got trolled for some of the action scenes. Also, Daisy Shah’s dialogue ‘Our business is our business. None of your business’ became quite a rage, for the wrong reasons! Even the songs couldn’t do much. Heeriye was liked but Selfish, Allah Duhai and Party Chale On didn’t get the required appreciation.

Another unexpected problem that has cropped up for Race 3 makers is that the Eid now falls on Saturday. Earlier the festival was expected to be on Friday. This would have been great since the film could have had a record opening of sorts. But now that won’t happen since a section of audiences would see the film only from Saturday. Still, the Friday collections could be huge, in the Rs 25-29 crore range. The best thing is that Race 3 looks very massy and hence, it has a very wide appeal. If reports are positive, then Saturday and Sunday collections can be much better, in the Rs 35-38 crore range. Hence, the film can collect Rs 100 crore in 3 days. But from Monday, it’ll be the content that will do the talking. If reports are positive, only then will the film sustain. Or else, the bad word of mouth coupled with the pre-release negativity can take a heavy toll on the film. In fact, it can affect the collections from Saturday itself.

The year 2018 has been great till now with so many hits and super-hits. Still, we can’t afford a colossal flop. Hence, it’s important that Race 3 emerges as a success!

WOULD YOU LIKE TO SEE RACE 3 AND WHY? DO LET US KNOW!