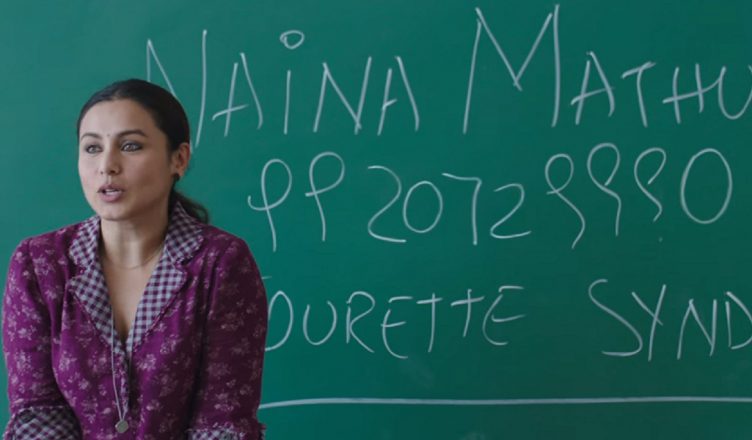 WILL HICHKI WORK BIG TIME DESPITE THE HICCUPS?

Rani Mukerji is one of the most popular actresses and in an industry which likes to employ younger actresses, it’s good to see her holding fort despite being 40. Her mere popularity might not generate excitement but she’ll always manage to bring awareness, which is the first big step. Often, when actresses like Juhi Chawla and Raveena Tandon work in a film, viewers are not even aware of it. But thankfully, Rani Mukerji in the last 7 years has done 5 films and all of them have generated some sort of buzz. Her latest film Hichki that releases tomorrow is no exception.

Hichki is directed by Siddharth P Malhotra, who made the 2010 emotional family drama We Are Family. Nobody knew what the film was all about before. From the trailers, it came to light that it’s about a character who suffers from Tourette syndrome, a nervous system disorder characterized by tics. Rani plays Naina, who aspires to be a teacher despite the said condition. She is told to teach a group of underprivileged students and the problems she faces as a result forms the rest of the film. The idea is novel and the story seems interesting. Rani looks in top form, as always. But sadly, the film isn’t a mass-friendly one. The trailer was noticed and talked about, but only till an extent. After that, the buzz died down. The trailer came out in the second half of December 2017, when Tiger Zinda Hai was to release. Both the films are by Yash Raj Films and its trailer was attached with the Salman Khan-starrer. This gave the film more reach. This was a time when the film was to release on February 23. But owing the domino effect caused when Padmaavat was released on Republic Day, a lot of films got pushed ahead and same happened with Hichki too. So it was postponed by a month. Reports also say that the makers pushed it ahead due to very little excitement.

Sadly, the change of release date hasn’t helped much. A lot of celebrities were shown the film last weekend and they tweeted happily about it. Also, Prominent stars like Varun Dhawan, Katrina Kaif, Ajay Devgn etc talked about how they overcame the ‘hichki’ in their life and this gave the film some sort of buzz, but only among the social media crowd. These things help only marginally. The opening is expected to be poor, in the 3-4 crore range. It’s an urban, multiplex film and can get a jump in evening shows. Also, if response is positive, then Saturday and Sunday can be huge. The weekdays need to be steady and only then it will get enough shows in Week 2. Otherwise, with the monstrous Baaghi 2 releasing next Friday, Hichki will be out of most theatres in the second week, which would prove detrimental to its collections.

WOULD YOU LIKE TO SEE HICHKI AND WHY? DO LET ME KNOW!