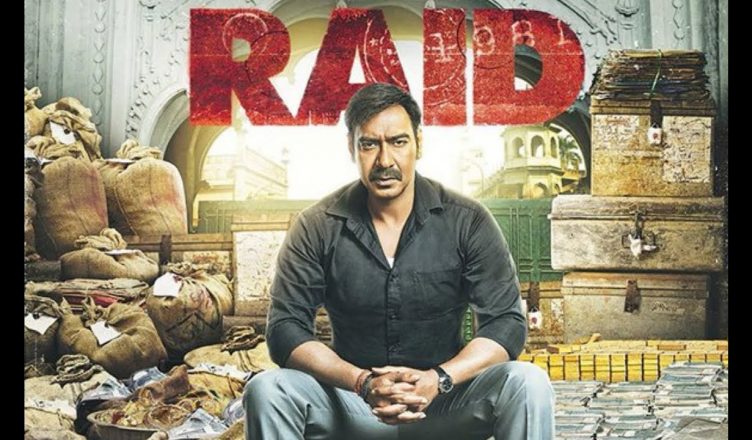 WILL RAID EMERGE AS A SUCCESS DESPITE LOW BUZZ?

Ajay Devgn has one of the most interesting track records among the A-list actors. He’s the only one whose film can open in the 5-6 crore range (Drishyam), 10 crore range (Baadshaho, Action Jackson) and sometimes, even in the 30 crore range (Singham Returns, Golmaal Again). For many A-listers, their presence is more than enough to get a consistent decent opening, regardless of genre. But for Ajay, his presence coupled with other factors play an important role. So a franchise film like Singham Returns or Golmaal Again gets blockbuster opening. An action flick like Baadshaho manages to open around 10 crore and a film with no action like Drishyam has an opening of 5.87 crore. Sadly, Raid belongs to the category of Drishyam. This Ajay Devgn starrer releases tomorrow and looks highly interesting but it has lot of challenges in its way.

Raid also stars Ileana D’Cruz and Saurabh Shukla and is directed by Raj Kumar Gupta, who made Aamir and No One Killed Jessica. It is set in the 80s and is inspired from a real life story when a team of Income tax officials raided the house of a politician. Ajay essays the role of a real-life person whose identity has been kept under wraps. The trailer is quite powerful as it has some commercial elements, dialoguebaazi and looks quite rooted. Sadly, the film is not as commercial as say Singham as there’s no action. As a result, the hype has not been generated. Moreover, Ajay-Ileana pairing this time hasn’t worked its magic, like in Baadshaho. Interestingly, just like Baadshaho, Raid has not just one but two songs of Rahat Fateh Ali Khan–Nusrat Fateh Ali Khan and yet, the buzz has not been built up.

Raid however is getting a wide release as it’s the only big film of the week. The opening might be better than Drishyam and the film can open in the 7 crore range. Last week’s Hate Story 4 has underperformed while Sonu Ke Titu Ki Sweety is going strong but it’s not that powerful that it’ll crush a new release. So, Raid can have dream run at the box office for the next two weeks since next Friday’s release Hichki is a multiplex flick. So if the word of mouth is positive, Raid can pick up well on Saturday and have a decent weekend. Then it’s upto the weekdays to hold well. Drishyam, despite a poor opening, had a weekend of 24.95 crore and lifetime earnings of 68.66 crore which was huge. If Raid manages to have a great word of mouth, it can cross the 70 and even 75 crore mark.

WOULD YOU LIKE TO SEE RAID AND WHY? DO LET ME KNOW!