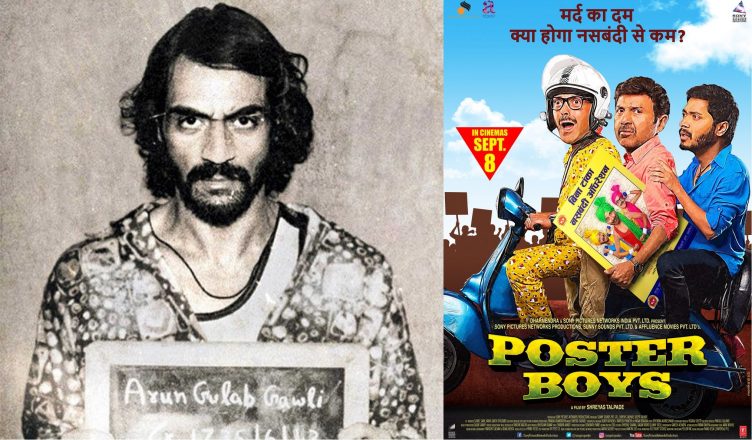 After the release of the biggie Baadshaho last week, the upcoming few Fridays won’t be as exciting. Films with low buzz are going to release and try their luck. Tomorrow, two such films are about to release. My views:

DADDY: It is based on the dreaded ganster-cum-politician Arun Gawli and features Arjun Rampal in the lead role. It is directed by Ashim Ahluwalia, who earlier directed the festival film Miss Lovely. Initially, when the film was announced, there were apprehensions whether the film will be really worth it and whether Arjun is the right choice. But surprisingly, the trailers have been interesting. The film looks like a rich product and Arjun looks kickass! This has increased the buzz of the film but only to a small extent. Also, Arun Gawli is not that famous and is not known throughout the country. Only a section of Mumbaikars are aware about him. The opening of the film will be poor and if response is positive, it can grow but only till an extent.

POSTER BOYS: It is the remake of the Marathi film of the same name, produced by Shreyas Talpade. The Hindi version is not just directed by him but also features him as an actor along with Sunny and Bobby Deol. From the trailer, it looks like a nice, simple entertainer. Again, the buzz for the film is limited. Moreover, the film’s production values are poor and not something that would be fun to see in theatres. Poster Boys’s opening will be bad but better than Daddy. Regardless of whether it works in cinemas, it is bound to work on television.