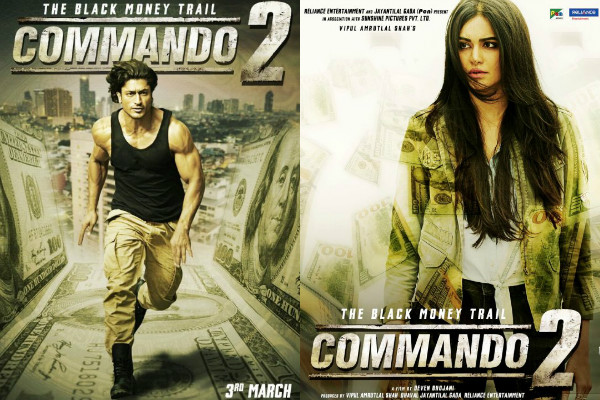 ANOTHER DRY WEEK ON THE CARDS BEFORE BADRINATH ROCKS THE SHOW!

After Jolly LLB 2’s success, the next 2 weeks were disappointing as all the major releases – The Ghazi Attack, Running Shaadi, Irada and Rangoon – failed. Rangoon especially was a big time failure. It’s a big-budget period drama but the film failed to strike a chord with the audiences, which is what was predicted in the last week’s Bollywood Talk as well. Monday collections were highly shocking and the film might not even cross the 20 crore mark.

Sadly, the tally of flops is set to increase this Friday too. Commando 2 is the big release starring Vidyut Jammwal, Esha Gupta, Adah Sharma, Shefali Shah and Satish Kaushik. It’s the second part of the Commando series, the first part which released way back in 2013. It was an underperformer and yet, it’s surprising that the makers made a part 2 of it, just like how they made Force 2 when the first film had flopped. Force 2 still had popular actors like John Abraham and Sonakshi Sinha and hence had a decent opening. Commando 2 doesn’t look that great and moreover, Vidyut is not as popular as John though it’s a treat to see him doing action. Vidyut’s chemistry with Adah or Esha is hardly sizzling. Songs haven’t worked and it’s shocking how they have come up with a bed remixed version of Bhool Bhulaiyaa song Hare Ram Hare Krishna. Even if the reports are positive, it will be a tough task for the film to recover costs.

WOULD YOU LIKE TO SEE THESE FILMS AND WHY? DO LET ME KNOW!