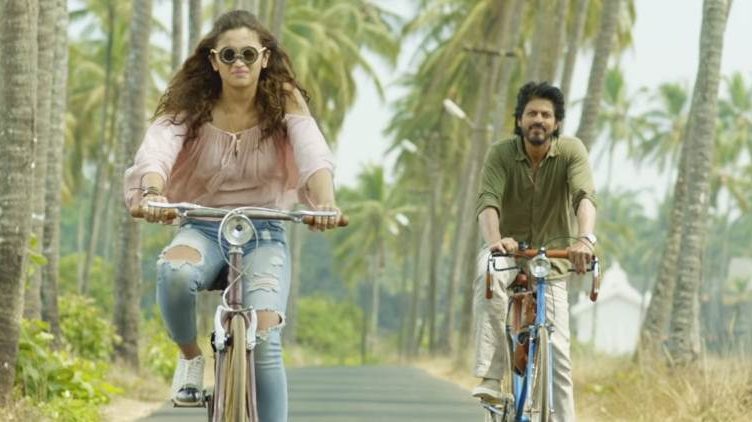 Shah Rukh Khan is not having a great run at the box office. Dilwale underperformed while Fan flopped. All eyes are on his next big film Raees but Dear Zindagi that releases tomorrow and has SRK in a supporting role is also a significant release. It’s more of an urban-multiplex film but if it’s well made, it can make a huge mark at the box office.

Dear Zindagi stars Alia Bhatt in the principle role and her experiences as she romances 4 men in her life – Aditya Roy Kapur, Ali Zafar, Kunal Kapoor and Angad Bedi. Shah Rukh Khan essays the role of a mentor and life coach. The promotions are interesting and out of the box. Instead of having a theatrical trailer, the makers came out with 4 teasers that throw light on Alia’s interactions with SRK. Only Angad and Kunal are briefly shown. Aditya and Ali haven’t yet shown. The premise of the film is unclear and this is a great idea as audiences won’t know what to expect. At the same time, the excitement is there thanks to a great cast and also a director (Gauri Shinde) whose last film was highly touching (English Vinglish).

But as said above, the film is urban and hence, its reach anyways will be limited. Moreover, it has to be really nice in order to be a box office success. The demonetization effect is still lingering. It won’t be there much in multiplexes and big cities – the target centres of Dear Zindagi. But this means it won’t be able to make a mark in the single screens and the hinterlands. Last week’s Force 2 was impacted a bit due to this reason.

Dear Zindagi has challenges but all of them won’t matter if the film is really good. And with an exciting star cast and a touching topic, the film can work wonders. Here’s hoping it really turns out to be a great film!

WOULD YOU LIKE TO SEE DEAR ZINDAGI AND WHY? DO LET US KNOW!