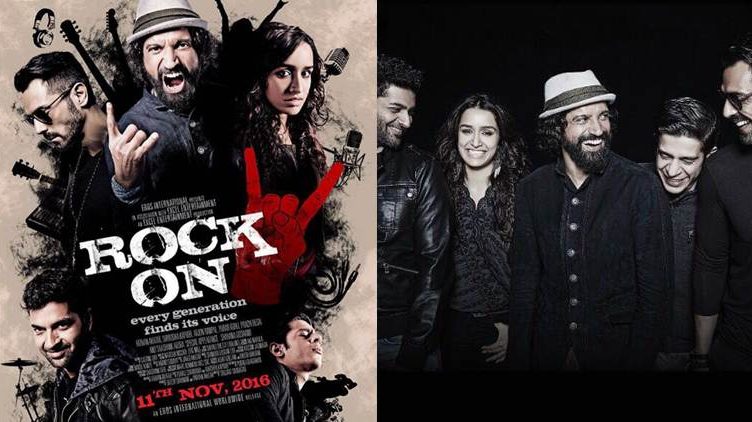 WILL ROCK ON 2 MANAGE TO WORK DESPITE THE CHALLENGES?

Rock On released in 2008 and turned out to be a decent urban hit. The songs became a rage for those who liked the film. One instantly thinks of Magik band when one sees an amateur band performing anywhere in India. The film presented Farhan Akhtar as actor and singer and that’s one of the greatest things done by this film. Now the sequel, Rock On 2, is all set to release tomorrow. It retains the original cast – Farhan Akhtar, Arjun Rampal, Prachi Desai, Shahana Goswami and Purab Kohli – except Luke Kenny, who dies in the first part, but he appears in a cameo in the film. Additionally, there’s also Shraddha Kapoor and Titli actor Shashank Arora.

Very unfortunately, the film doesn’t look very exciting. The songs haven’t worked till now. Since it’s an urban niche film, the collections anyways won’t be very high. But yet, it can work if the excitement would have been there. But with Rock On 2, there’s just not enough excitement. Moreover, with the demonetization of Rs 500 and Rs 1000 notes, there’s a chaos in the country. Many feel that at a time when people are trying to save their Rs 100 notes, not many will venture out to spend their cash on movies. In fact, the release of 2 small budget films – Saansein and 30 Minutes – has been pushed forward due to the demonetization!

However, all is not lost. If the response is very positive, the collections of Rock On 2 can increase significantly from Day 2. Rock On was a great entertainer and here’s hoping Rock On 2 manages to be as good, if not better than the first part!

WOULD YOU LIKE TO SEE ROCK ON 2 AND WHY? DO LET ME KNOW!