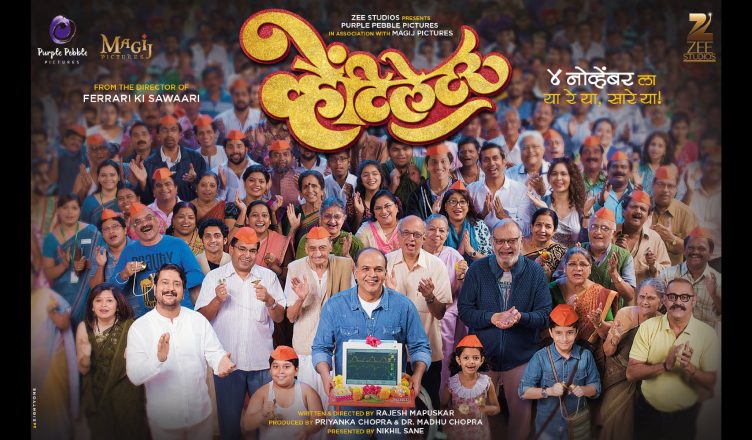 Ventilator, the Marathi film produced by Priyanka Chopra and directed by Ferrari Ki Sawaari director Rajesh Mapuskar, turns out to be a heart-warming tale about family and relationships. It is set in a hospital and is about a patient on ventilator (and hence the title of the film). The chaos that ensues as a result and also because of the upcoming Ganesh festival forms the crux of the film. It has some very emotional moments but at the same time, it balances with some light and funny sequences. Rajesh Mapuskar is in firm control as a writer and also as a director. The film has almost 30-40 actors and to give them prominence, make sure they stand out and contribute well to the storyline is a huge challenge but Rajesh comes out with flying colours in this regard. The humour is also nicely placed and it could have gone wrong. But thankfully it doesn’t and works very well. Talking of performances, Ashutosh Gowariker underplays his part beautifully and proves that he still can act very well. Jitendra Joshi leaves the maximum impact. Satish Alekar shines in a small role. Sulabha Arya and Deepak Shirke are decent. Priyanka Chopra herself features in a cameo and she is terrific. Boman Irani too makes a friendly appearance and it’s quite memorable. On the flipside, the film has too many actors and at times, there’s too much commotion happening in the film. Hence, one might miss out on a few dialogues at places. But overall, Ventilator is a great attempt and if it has released in your city, you should surely give it a chance!