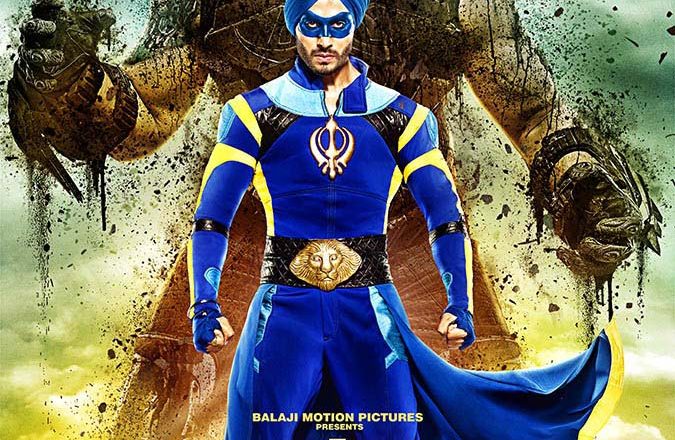 WILL A FLYING JATT BE TIGER SHROFF’S 3RD HIT?

Tiger Shroff has been trolled a lot online for his looks and name but the actor has found great acceptance among the masses and single screen crowd. Both his films – Heropanti and Baaghi – were huge hits in the hinterland and single screens. Hence, despite not so great trailers, one can’t write off A Flying Jatt, Tiger’s third film that releases tomorrow. This is a superhero film wherein Tiger plays a man gifted with powers. However unlike other superhero films, Tiger here will be shown scared to use his powers initially and goofing up while trying to save the world. And this aspect will definitely be interesting. Opposite Tiger is the glamorous Jacqueline Fernandez. Their song Beat Pe Booty has got acceptance. And the various celebrities taking the ‘Beat Pe Booty Challenge’ has helped kept the film in news. However, more than chemistry with Jacqueline, it’s Tiger’s confrontation with Nathan Jones (who left a mark in the Hollywood blockbuster Mad Max: Fury Road) that will be something to watch out for.

The trailer on the whole is not that great. But it’s a superhero film and such films don’t come every other Friday in Bollywood. Hence, the curiosity is there for the movie. It looks like a complete family entertainer and this is always advantageous for any movie. Moreover, it releases on Janmashtami holiday tomorrow which is a Thursday. Therefore, it has the advantage of a 4 day weekend which can set the cash registers ringing if the film gets a good response. And not to forget, Tiger Shroff has created a niche for himself among the masses. Due to these reasons, A Flying Jatt can really prove to be the third consecutive hit for Tiger. The opening day would not be as high as Baaghi as the buzz is not as high as that film. Still, it can be a respectable number especially due to the holiday factor. A bad word of mouth however will lead to the film gradually crashing in the weekend itself.

WOULD YOU LIKE TO SEE A FLYING JATT AND WHY? DO LET US KNOW!