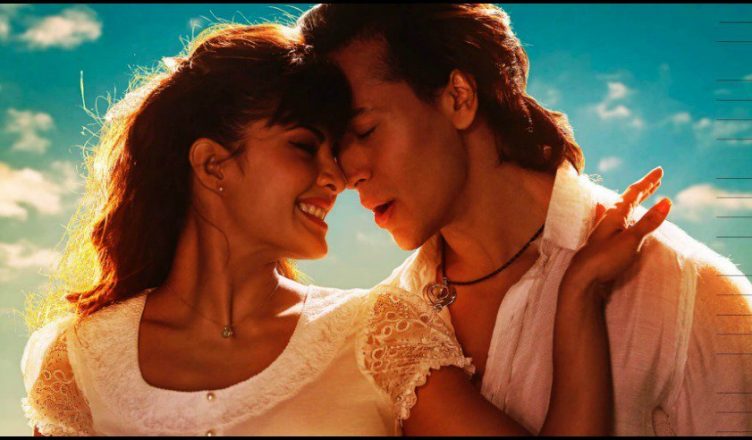 The world at present is replete with dangerous amounts of pollution and in the days to come, the scenario will become scarier. Yet, hardly anything is done to genuinely keep a check on pollution. A Flying Jatt, while being a superhero movie, also makes a comment on the amount of toxic waste in our planet and this is gives a distinct touch to the product!

The story of the movie: Aman (Tiger Shroff) is nowhere close to his late father Kartar Singh, who was known for his extreme bravery. He loves Kirti (Jacqueline Fernandez) but is unable to express his feelings to her. Malhotra (Kay Kay Menon) is a ruthless industrialist who wants a piece of land owned by Aman’s mother (Amrita Singh) for transporting toxic waste from his industry. When Aman’s mother refuses, Malhotra enlists the help of the gigantic baddie Raka (Nathan Jones). But he’s thwarted when Aman turns into a superhero called ‘Flying Jatt’.

A Flying Jatt impresses thoroughly with the opening credits itself. It gives a nice idea as to how humans are digging their own grave by cutting trees and the entry of Flying Jatt in between is a nice surprise. The scenario and characters are soon established. Raka’s entry is brilliant and the terrific background score adds to the impact. Aman-Raka’s night fight comes up unexpectedly and ends with a bang. The best moments of the first half are however when Aman discovers that he has superpowers. This is something seen in other superhero films, particularly Spider-Man (2002). But it is done differently out here and raises loads of laughs. The fun continues as Aman dons the superhero suit and goes out to save the world. The airport hostage sequence is something to watch out for – too good!

Things sadly slip in the second hour. The track of Kirti is sweet but has no relevance to the principle story. In fact, this track slows down the narrative and lengthens the film. In such films or rather in any film, the climax has to the best part of the enterprise. But in A Flying Jatt, the climax is extremely illogical and weird and fails to make the desired impact. Thankfully, the film has enough positives (including the really well thought of pre-climax) due to which the film still makes for a one time watch!

Performance wise, Tiger Shroff as always is very sincere and this is his best performance till date as he gets to play a very detailed and interesting character. He’s not just romancing and beating baddies – the character does a lot more and Tiger proves that he’s an all-rounder! Jacqueline Fernandez is sweet but she hardly has anything to do in the movie. But she dances beautifully in the song ‘Beat Pe Booty’. Nathan Jones is very huge and looks extremely scary. He’s the perfect actor to play this role. Kay Kay Menon is quite over the top but even then, he manages to impress to an extent. Amrita Singh, after 2 States, plays a loud Punjabi mother yet again but gives it a distinct touch. Gaurav Pandey (Aman’s brother Rohit) has a very important part in the movie and does very well. He’s the surprise of the film! Shraddha Kapoor’s cameo is hilarious. Others do a fine job.

Sachin-Jigar’s music is quite funky and each song has its unique flavor. Raaj Karega Khalsa is the best song of the lot – the impact manifolds in the scenes when the song is played. The other good song is Beat Pe Booty. Sachin-Jigar’s background score is terrific and enhances impact. Vijay Kumar Arora’s cinematography is efficient. VFX is tacky in some places but overall, very nice. Remo Dsouza’s story is similar to superhero films like Krrish, Krrish 3 etc but it has the pollution angle that gives a nice distinct touch to the movie. But one wonders why he wrote such a climax to the movie. Aakash Kaushik and Madhur Sharma’s dialogues are simple and make an impact. The Shakti Kapoor dialogue is bound to bring the house down. Tushar Hiranandani and Remo Dsouza’s screenplay is effective for most places but falters when it goes into unnecessary romantic track. Remo Dsouza’s direction is not that great, which is seen from his first film (F.A.L.T.U.). But it is much better than ABCD – Any Body Can Dance – 2 as he has handled some portions deftly. But the direction is not consistent – he should have shortened the romantic track or he should have given it more footage in the beginning.

Some of the best scenes:
1. Opening credits
2. Malhotra and Aman’s entry
3. All songs of the film
4. Raka’s entry
5. Raka-Aman’s night fight scene
6. Aman realizes he has superpowers
7. Aman at the airport hostage scene
8. The interval scene
9. Rohit pretends to be Jatt (all scenes)
10. The Shraddha Kapoor scene

On the whole, the pollution angle gives a distinct touch to A Flying Jatt; otherwise it would have been a routine superhero drama. Tiger Shroff as always is very sincere and does total justice to his character. Nathan Jones is scary. On the flipside, the climax is shockingly weird and too illogical. And the film is too long. Yet, it’s worth a watch for its plusses – and it’s a must watch for children! 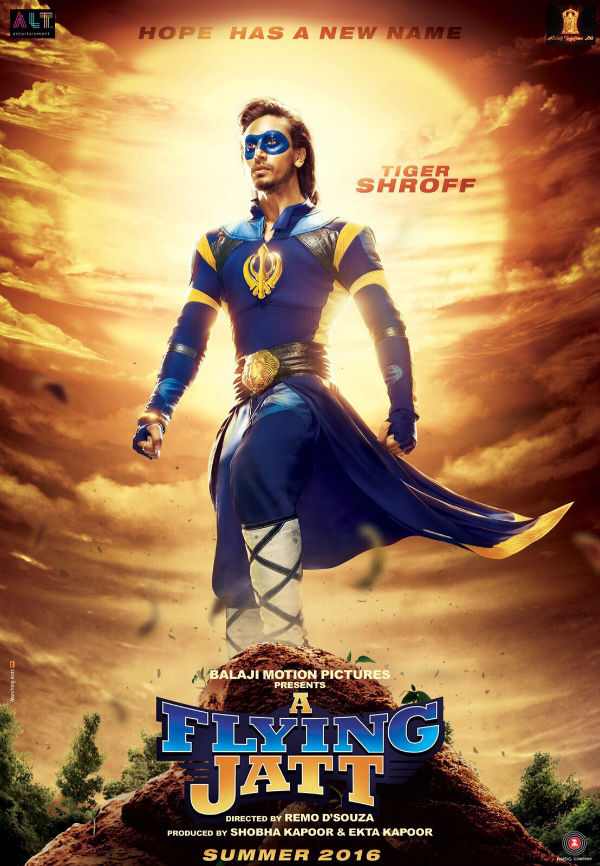