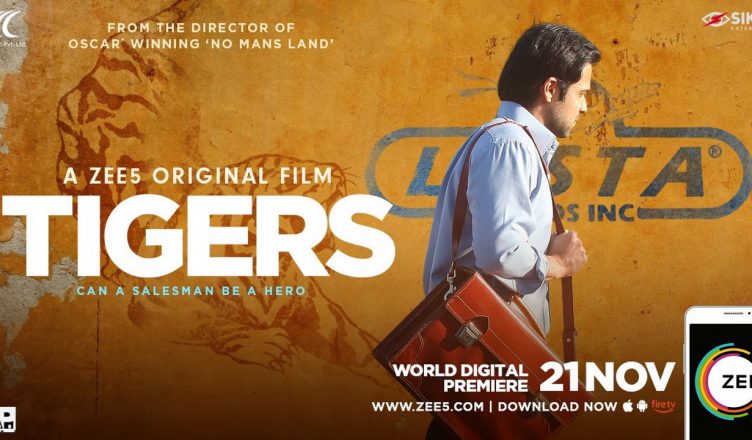 Tigers is a film by Oscar-winning director Danis Tanovic (whose film No Man’s Land defeated Lagaan at the Academy Awards) and stars Emraan Hashmi in a leading role. The film narrates the true story of a multinational pharmaceutical company in Pakistan and how one salesman dared to protest against their malpractices, which resulted in the death of thousands of babies. The first thing that struck me is how Danis ensured that Tigers would seem like a typical Hindi film. In fact, many would feel that the film is made by an Indian considering the execution and narrative structure. It’s just 90 minutes long and keeps one hooked from start to finish. The manner in which the baby products lead to severe health hazards in the babies is quite moving. The film in a way also gives an ode to activists like Syed Amir Raza Hussain and their families who fearlessly took on these powerful corporations just because it was the right thing to do. On the flipside, the impact gets diluted a bit in the second half. A few developments are sudden and the ending is abrupt. The plusses thankfully outweigh the minuses. Emraan Hashmi delivers an exceptional performance and after Shanghai, he proves yet again that he can excel both in commercial as well as arthouse cinema. Geetanjali Thapa is lovely and lends able support. Satyadeep Misra has a crucial part and is damn good. Vinod Nagpal gives a fine performance while Adil Hussain plays the negative part very well. Maryam d’Abo has an interesting part and gives a decent performance. Tigers was released on the OTT platform Zee5 on November 21 and surely deserves a watch!