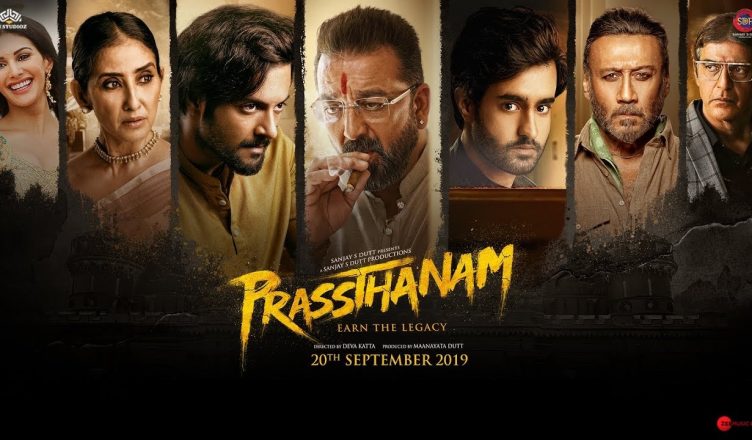 Prassthanam is another surprise of the week but still falls of expectations. The first half is quite interesting and keeps one engaged. The characters and the dynmaics shared by them makes for a great, dramatic watch. Moreover, the Machiavellian bit is well utilized in the movie. The interval comes at a shocking juncture and one expects an even better second half. Sadly, that doesn’t happen as the film gets very unconvincing. There’s too much of bloodshed happening here. Also, we have seen far better films in this regard like Sarkar, Raajneeti, Gangs Of Wasseypur etc and these films had a far better impact. The biggest problem with the movie is the climax – it’s very thanda. The performances are quite good. Ali Fazal surprisingly emerges as the best actor of the lot. He has the biggest role and he rocks the show. Prassthanam proves yet again what a talented guy he is. Sanjay Dutt puts his best foot forward and also keeps the act restrained, as per the character’s requirement. Jackie Shroff is awesome as the badass. He hardly has any dialogues and he speaks through his eyes. Manisha Koirala is okay and one wishes she had a stronger role. Satyajeet Dubey is a real surprise – he’s extremely menacing. Amyra Dastur is hardly there. Chunky Panday, Zakir Hussain and Deepraj Rana also do well. All in all, Prassthanam is an average fare and will surely find its audience on Amazon Prime rather than in cinemas.