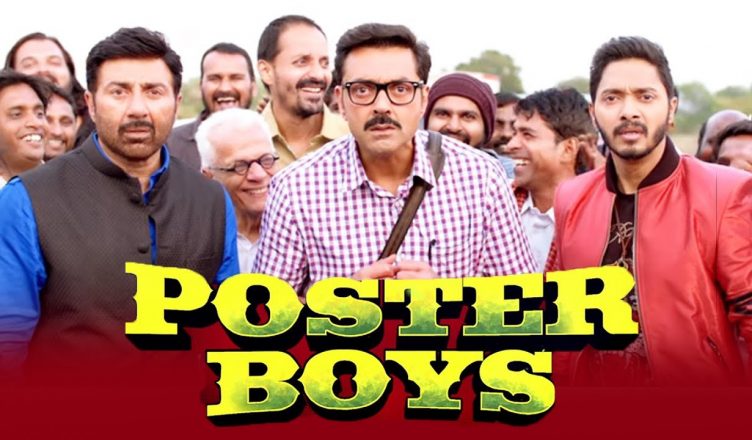 Poster Boys surprisingly turns out to be a fine entertainer and a comic caper. The film however doesn’t start well and beginning 30 minutes are quite a drag. But once the ‘poster boys’ bump into each other and begin their mission, the fun begins and it continues right till the end. It’s not the funniest film or anything of that sort – it’s just a nice funny film that gives you your money and time’s worth. It’s also interesting to see the references to the past films of Deols like Border, Ghayal, Soldier etc! Sunny Deol as always is too good and it’s such a pleasure to see him screaming and beating the baddies. I could never get tired of it! Bobby Deol makes a great comeback. Initially, he looks a bit uncomfortable but later, he contributes to the laughter. Shreyas Talpade is a big surprise – he holds on to himself despite the presence of the Deols and does very well. Do gives these poster boys a chance – they’ll definitely tickle your funny bone!