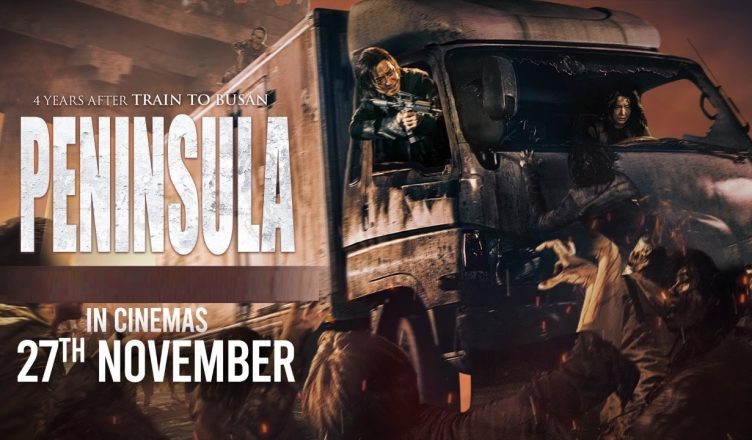 Peninsula is the sequel to the 2016 successful Korean zombie film, Train To Busan. However, there is no direct connection or even the mention of the characters of the first part though the film takes the story forward of what happened four years after the events of part 1. Also, just like the prequel, the sequel also is a story of a parent trying it’s best to safeguard the kid(s) as the zombie fear looms large. The 5.4 rating on IMDb had made me apprehensive. However, the film turned out to be a fun, masala entertainer replete with some very nail-biting and thrilling scenes which kept the interest going. The characters of the kids are entertaining and the car chase scene in the first half is spectacular to say the least. On the flipside, a few developments are difficult to digest, especially how some people managed to survive all these years in an abandoned land. A few questions are left unanswered. The climax is very gripping but also quite lengthy. Talking of performances, Gang Dong-won (Jung-seok) is great as the lead male protagonist. Lee Jung-hyun (Min-jung) suits the part. Lee Re (Jooni) and Lee Ye-won (Yu-jin) are too good and the best part about the film. Kwon Hae-hyo (Elder Kim) is okay initially but he’s excellent in the climax. Kim Min-jae (Sergeant Hwang), Koo Kyo-hwan (Captain Seo) and Kim Do-yoon (Chul-min) are fine as the baddies. All in all, Peninsula is a thrilling ride and deserves to be seen for it’s nail-biting moments and the grandeur. And yes, do watch in cinemas as it’ll be enjoyed on the BIG screen! (Releases today in original Korean version with English subtitles, dubbed English version with English subtitles and dubbed Hindi version).