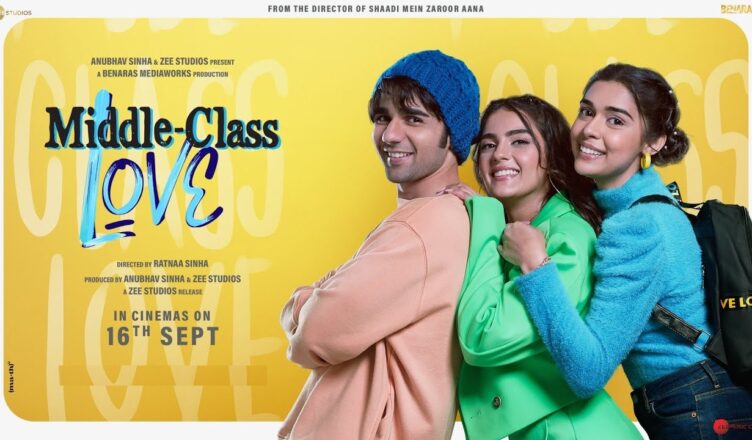 Middle-Class Love, directed by Ratnaa Sinha of Shaadi Mein Zaroor Aana fame, is a bhel puri of films like Jo Jeeta Wohi Sikandar, Ishq Vishk, Student Of The Year and Do Dooni Chaar. The funky opening credits will make you feel that the film will be a timepass, entertaining fare. Sadly, the introduction scene, which is all over the place, makes it clear that you have signed up for disappointment. What’s saddening is that the film’s storyline did have some interesting plot points be it besties-turned-foes, middle-class upbringing, the importance of family etc. Even the finale speech, if seen individually, is touching. However, the lead male protagonist’s characterization spoils the show. The viewers fail to understand his intentions and what he wants in life. His actions don’t make any sense. Prit Kamani is a bit loud, as per his character requirement. But he does hold promise and can excel, provided he does better films. Eisha Singh plays her part with aplomb. Kavya Thapar puts up a confident act. Manoj Pahwa, as always, is dependable. Sapna Sand (Prit’s mother), Sanjay Bishnoi (Prit’s brother) and the actors playing Prit’s rapper friend and Alex are decent. All in all, despite some fine performances, Middle-Class Love fails to entice.