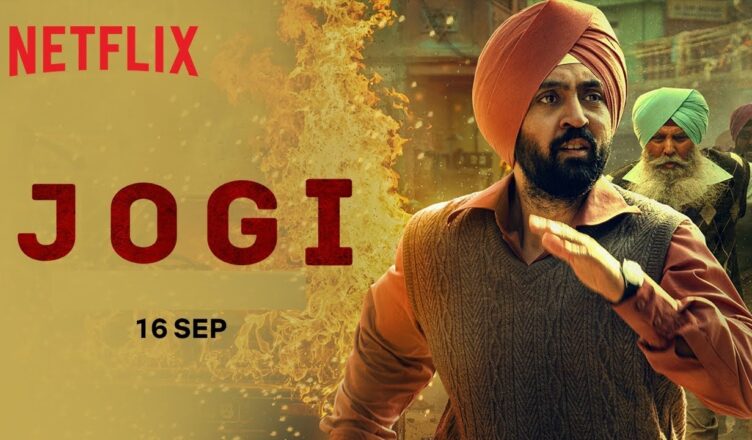 Jogi (released today on Netflix), set during the 1984 anti-Sikh riots in Delhi, is based on a moving and disturbing plot. However, it’s directed by Ali Abbas Zafar, of Sultan and Tiger Zinda Hai fame, and he treats it in a commercial manner. That doesn’t mean he goes overboard and turns it into a masala film. The film is still niche and yet, has some sort of widespread appeal. The film gets a bit slow after a quick and tense beginning. Later, the makers add some thrilling, nail-biting and emotional moments that keep the interest going. This is maintained even in the second half. But the placement of the flashback here dilutes the impact to a great extent. Diljit Dosanjh, as expected, delivers a smashing performance. To see him without a turban also adds a lot to the film’s appeal. Kumud Mishra is dependable. Mohd Zeeshan Ayyub is impressive while Hiten Tejwani is decent. Paresh Pahuja leaves a mark. Amyra Dastur is fine in a cameo. Neelu Kohli (Jogi’s mother), Charu Kumar (Jogi’s sister Heer), Samarjit Singh Mahajan (Prab) and others are fair. Special mention should go to Julius Packiam‘s background score. It’s quite cinematic. All in all, Jogi is a decent one-time watch.