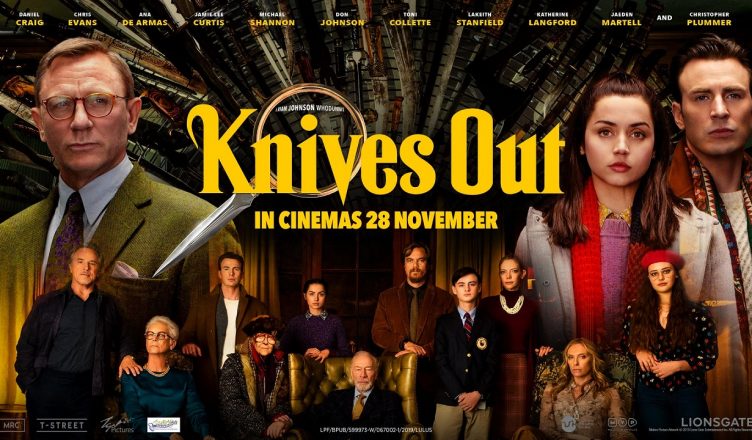 Knives Out is a classic whodunit murder mystery but it’s not clichéd or run of the mill. The story is unique, the characters are very interesting and the execution is top class. A few scenes in the first half arrest your attention and how! The film drops very slightly in the second half and one might feel that the climax might disappoint. But thankfully, that doesn’t happen as the film ends on a high! Rian Johnson’s direction ensures that you won’t get confused despite so many characters. The way he goes back and forth in few scenes is seen to be believed. Also, the dialogues are so great and it actually seems like it’s adapted from a murder novel! The performances too add a lot to the film. Daniel Craig is fascinating while Ana de Armas has a major role and rocks the show. Chris Evans has less screen time but as expected, leaves a huge mark. Same goes for Christopher Plummer – he’s very endearing and witty! Jamie Lee Curtis, Michael Shannon, Don Johnson, Toni Collette, Lakeith Stanfield and Katherine Langford also do well. All in all, Knives Out is another fantastic Hollywood film of the year that shouldn’t be missed at any cost!