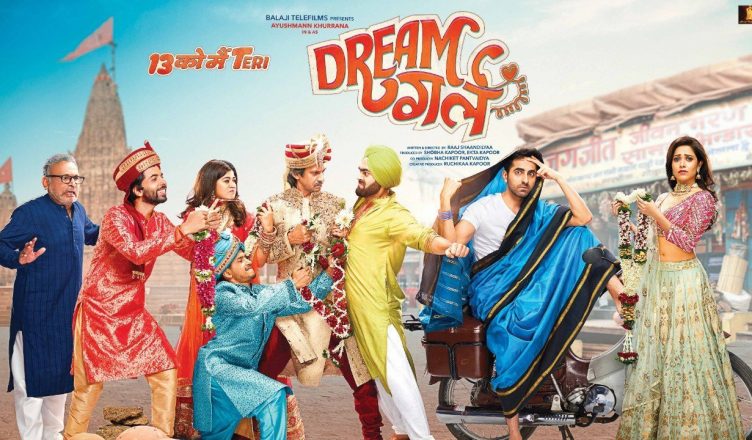 Dream Girl is a laugh-a-minute riot and one of the funniest films in years from Bollywood! The plot, as we all know, is very promising but the script is even better and does total justice. Raaj Shaandilyaa‘s dialogues further add to the fun and madness. And Raaj Shaandilyaa‘s direction is also too good, for a first-timer. There are so many characters in the movie and to do justice to all of them and create laughter in almost every minute is a feat! On the flipside, a few scenes in the beginning of the second half are not that interesting but thankfully, the film comes on track soon and how! When it comes to performances, everyone has done great but obviously, Ayushmann Khurrana takes the cake. This is his massiest role till date and a first for him in this space. But he does it so well, as if doing such films since years. He sheds his inhibitions effortlessly, which was a must for this role. He’s already a favourite for the classes and now he’ll also become a darling of the masses! Nushrat Bharucha performs sans complaints but gets limited scope. Annu Kapoor is a very big surprise of the film and he creates a riot in the second half. See it to believe it! Vijay Raaz is terrific in his role of a cop who has a passion for shayari. Nidhi Bisht is apt for her part and the background score reserved for her is quite badass. Raj Bhansali and Abhishek Banerjee get a bit overpowered but are nice in their respective parts. Manjot Singh is dependable as always. Other actors who give memorable performances are Neha Saraf (Vijay Raaz’s wife) and Neela Mulherkar (Nushrat Bharucha’s grandmother). Even songs work big time, particularly ‘Radhe Radhe’ and ‘Dil Ka Telephone’. A few jokes might seem offensive but in the context of the film’s genre, it works. All in all, Dream Girl is a must watch and shouldn’t be missed at any cost!