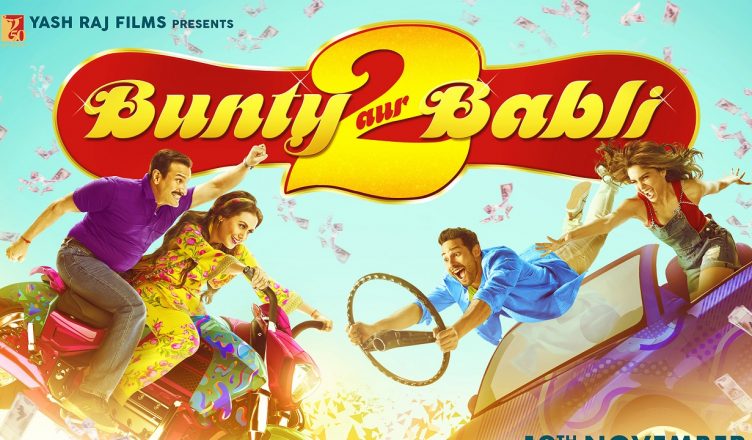 Bunty Aur Babli 2 has a fine first half. The con games played by the new-age Bunty and Babli manage to engage and a put a smile on the faces of the viewers. The second half is where one expects that the film will go on another level as the old Bunty and Babli try to nab the new-age con couple. Sadly, the film goes downhill from here on. The film ceases to be funny and even logical. The ending is nothing special and also predictable. The music is also another minus point in the film. The first part had an unforgettable soundtrack which are played even today. The songs in the sequel, however, are forgettable. Speaking of performances, Saif Ali Khan doesn’t seem to be in form at all. Rani Mukerji tries hard to be funny but fails. She impresses only in a couple of scenes. Siddhant Chaturvedi and Sharvari look glamorous and essay the part of the hero and the heroine respectively nicely. But their characters suffer in the absence of strong back stories. Pankaj Tripathi is funny and dependable. Agrim Mittal (Pappu Trivedi) and Mahi Soni (Rinku Awasthi) are cute but the character of the former should have been fleshed out in a better way. From the supporting cast, Gopal Datt is the most memorable. Yashpal Sharma, late Mohit Baghel, Rajiv Gupta and Neeraj Sood are okay. Asrani, Brijendra Kala and Prem Chopra are average. All in all, Bunty Aur Babli 2 is an average fare and is saved from becoming an ultimate disaster due to the first half.