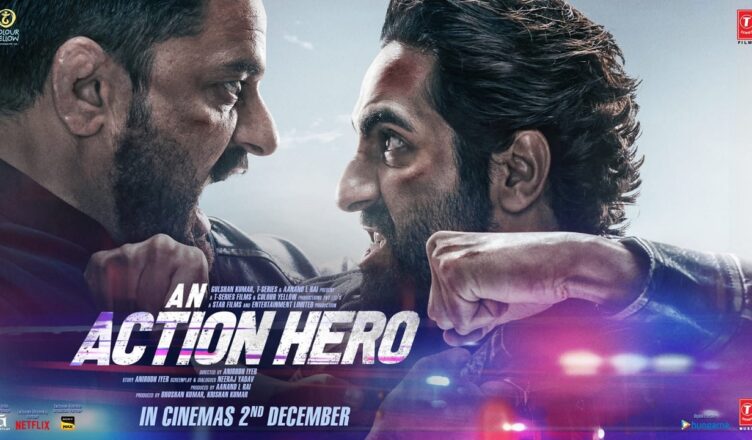 An Action Hero is a mad ride and tells the story of a film star on the run. The beginning portions are intriguing and the real fun begins once Bhoora (Jaideep Ahlawat) flies down to take down the ‘action hero’ (Ayushmann Khurrana). With a name like this, the film has enough action and heroic moments. The twist in the tale in the last 30 minutes is unexpected. Sadly, the film drags in the second half. This 132-minute long film should have been shorter by at least 20 minutes. At one point, it gets repetitive to see the action hero running from his nemesis. And though the twist is impressive, one might be able to predict it a mile away. Speaking of performances, Ayushmann Khurrana delivers a fine performance. He has never looked so dashing and is completely convincing as an ‘action hero’. Jaideep Ahlawat, as expected, is rocking. Sumit Singh (Vicky Solanki), Jitendra Hooda (Haryana cop) and Harsh Chhaya (Roshan) do well. Neeraj Madhav (Sai) is fine but is let down by the character. Gautam Joglekar (Masood Abraham Katkar) leaves a huge mark. Akshay Kumar is hilarious in the cameo. Malaika Arora looks stunning in the item number, followed by Nora Fatehi. All in all, An Action Hero is a fun, timepass entertainer.