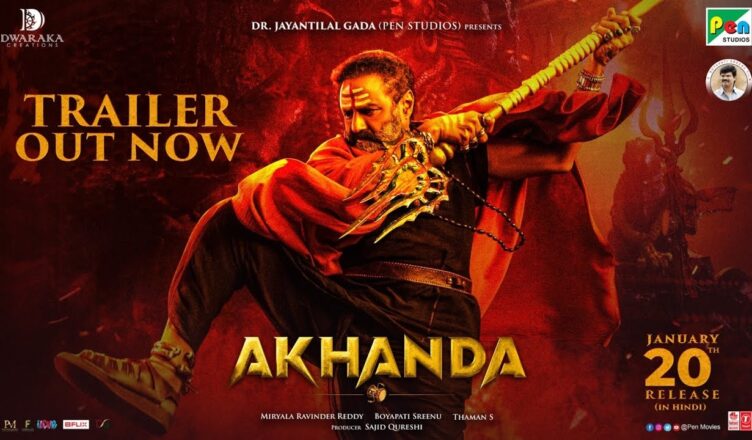 Akhanda is a popular Telugu film which was released in December 2021. Its Hindi dubbed version was released in cinemas yesterday. The film tells an interesting (and clichéd) story and director Boyapati Srinu narrates it with style. The film is 167 minutes long but there’s a lot happening and hence, one doesn’t get bored at all. The intermission point is terrific and the mass appeal goes to another level. The madness continues in the second half as well. However, from here on, things get repetitive and also predictable. Also, a prominent character gets completely sidelined once the Akhanda character enters the narrative. Speaking of performances, Nandamuri Balakrishna is terrific and plays both parts with aplomb. Pragya Jaiswal puts up a confident act. Jagapathi Babu (Aghora Baba), Srikanth (Varda), Poorna (Padmavathi), Prabhakar (DSP Ranjan) and others do fine. As for songs, ‘Kiya Kiya Jaadu Kiya’, which is the dubbed version of ‘Jai Balayya’ song, is catchy. Thaman S’ background score enhances the mass appeal. All in all, Akhanda is a timepass entertainer and worth watching once.