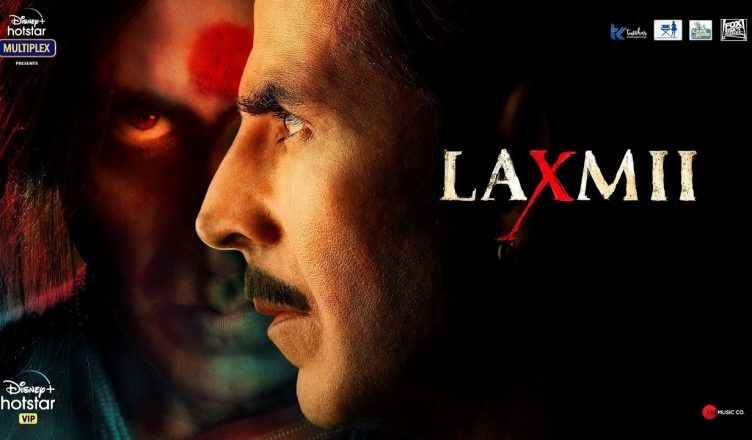 It’s the season of digital film releases. Since June, some significant films, originally meant for cinemas, made their way to the OTT platforms. With Diwali round the corner, multiple films are expected to drop on streaming apps and the biggest of them is Laxmii. It is the first OTT release featuring a superstar (Akshay Kumar). This factor, along with its entertaining and massy trailer, has made it the most awaited film of the season. Sadly, Laxmmi fails to impress!

The story of the movie: Asif (Akshay Kumar) is married to Rashmi (Kiara Advani) since three years. Both also take care of Shaan (Jason D’souza), the son of Asif’s elder brother and his wife who passed away in an accident. Rashmi hasn’t met her parents since she got hitched because they disowned her for marrying a Muslim. However, Rashmi’s mother Ratna (Ayesha Raza) calls her and invites her and Asif for their 25th wedding anniversary. Asif, Rashmi and Shaan reach Rashmi’s home in Daman. While Ratna, Rashmi’s chacha Deepak (Manu Rishi Chadha) and Ashwini (Ashwini Kalsekar) accept Asif, Rashmi’s father Sachin (Rajesh Sharma) doesn’t. The next day, Asif overhears Shaan and the other kids of the area discussing that a sprawling premise in their locality is haunted and hence, they shouldn’t be going there to play cricket. Asif doesn’t believe in ghosts; in fact, exposing those who claim to free evil spirits is his profession. Asif, hence, takes the kids to the haunted place. In an interesting turn of events, Asif gets possessed by the ghost of Laxmii (Sharad Kelkar), buried in that property. This leads to Asif acting in an effeminate manner. Rashmi and her family obviously are shocked. Soon, they realize that Laxmii is back from the dead for an important mission and that includes revenge and murder.

The first 15 minutes of Laxmii set the tempo and instil fear nicely. Asif’s entry and also that of Rashmi and Shaan is entertaining, further raising hopes. The first sign of the film’s fall is in the scene where Asif enters the haunted ground. It is bewildering why Asif doesn’t get suspicious when the stumps get stained with blood. And this is the problem that continues right till the end. You fail to understand why the characters behave the way they do. When Rashmi’s family witness the drama in the saree shop, they don’t confront Asif straightaway. Worse, they don’t even inform Rashmi about it! The flashback portion is very unconvincing but one hopes for some sort of nail-biting confrontation between Laxmii and the villains. Unfortunately, the villain gets defeated very easily.

Akshay Kumar has worked hard on this film and it shows. He is quite funny in the scenes where he’s possessed and also in some of the sequences in the first half. Kiara Advani looks ravishing and has a fine screen presence. Sadly, she’s wasted. Sharad Kelkar plays to the gallery but also keeps it restrained. Despite limited screen presence, he leaves a mark. Jason D’souza is confident but he disappears in the second half, which is pretty bewildering. Rajesh Sharma is okay. Ayesha Raza and Ashwini Kalsekar ham all the way. Manu Rishi Chadha also overacts. Tarun Arora (Girja) doesn’t get much scope as the villain. Prachee Shah (Girja’s wife) is fine and the twist in her character is surprising. Muskaan Khubchandani (Palak) and Vinita J (Anjali) are forgotten after giving their character so much of importance in the first half. Vijay Jasper (Shahnawaz Peer Baba) is very theatrical. Adhvik Mahajan (Angad; Girja’s son), Amika Shail (Angad’s girlfriend), Mohd Sarwar Mir (Abdul Chacha), Zara (Geeta), Rajesh Dubaey (Pandit), Gopal Verma (Chinku) and Aryan Prit (young Laxmii) are okay.

Music works in the film but it’s unlikely to have a shelf life. ‘Burjkhalifa’ is superb visually and would have made for a great watch in cinemas. The same goes for ‘Start Stop’. ‘Mata Ka Jagrata’ is forced. ‘BamBholle’ is forgettable, though Akshay’s energy in the song is praiseworthy. Amar Mohile‘s background score is decent and could have been better.

Vetrivel Palanisamy and Kush Chhabria‘s cinematography is quite great. Both the lensmen try their best to heighten the tension and thrill. Sham Kaushal‘s action gets too gory in the climax. Wasiq Khan‘s production design doesn’t look realistic but it works for a film like this. Rashmi’s house makes for a fine location. Tanya Ghavri, Navin Shetty, Devraj Das, Jimmy’z Designer, Jennifer Gardiner and Uma Biju‘s costumes are fair. Kiara’s clothes are appealing. After Studios‘s VFX is passable. Rajesh G Pandey‘s editing is not upto the mark. A few seems are disjointed.

Laxmii is an official remake of the 2011 Tamil hit Kanchana. Raghava Lawrence‘s story is interesting. The idea of a transgender ghost sounds interesting on paper. Sadly, Raghava Lawrence‘s screenplay (adapted screenplay by Farhad Samji; additional screenplay by Tasha Bhambra and Sparsh Khetarpal) don’t do justice to the plot in hand. The writers riddle the film with some unexciting and not-so-interesting sequences. Farhad Samji‘s dialogues (additional dialogues by Tasha Bhambra and Sparsh Khetarpal) could have been better.

Raghava Lawrence‘s direction is average. A few scenes are handled exceptionally but these are mostly in the first half. The biggest problem with his execution is that he has set the film in a very over-the-top zone. The original worked well 9 years ago but viewers expect a lot more finesse and a little bit of realism even in a comedy of this space in a Bollywood film in 2020. Moreover, recent horror comedy hits like Golmaal Again [2017] and Stree [2018] have set a bar and sadly, Laxmii comes nowhere close. And not just the direction, even the fact that there’s not much of a story also spoils the show for the film, overall.

On the whole, Laxmii is a disappointment because of its unexciting and flawed script and over the top sequences.