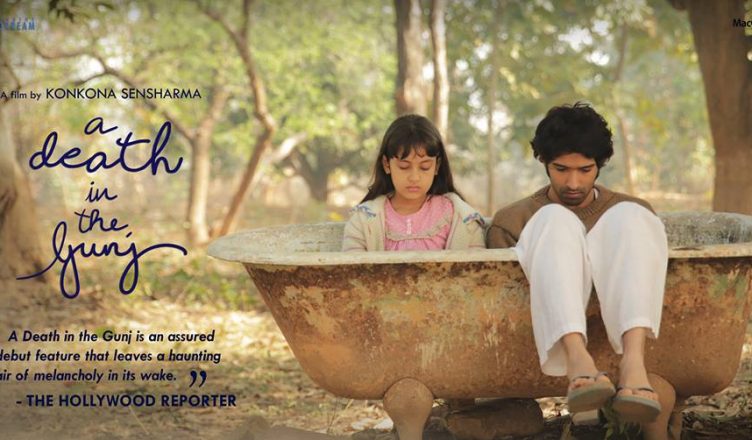 As kids, we all have gone for our summer or winter holidays to our native places. Those were fun times – the extended families coming together in a remote place and making merry. A Death In The Gunj also tells a similar story but the mood is somber and as the title of the film suggests, things don’t go the right way as a death takes place. Directed by the talented actress Konkona Sen Sharma, A Death In The Gunj moves slowly, but packs in a lot and impresses with its superior writing and performances.

The story of the movie: The year is 1978. Shutu (Vikrant Massey) is socially awkward and shy and he joins his cousin Nandu (Gulshan Devaiah) to McCluskieganj for a family holiday to the residence of O P Bakshi (Om Puri) and Anupama (Tanuja). Nandu is accompanied by his wife Bonnie (Tillotama Shome) and daughter Arya Sharma (Tani). Mimi (Kalki Koechlin) is also a part of this holiday. They are joined by Vikram (Ranvir Shorey) and Brian (Jim Sarbh), who are local residents. Things don’t go as planned especially for Shutu – he’s troubled by the other members in the house, he falls for Mimi and a lot more.

A Death In The Gunj transports you into another world altogether from the very first scene. Kudos to the makers for the detailing – despite being a low budget fare, everything is so spot on. The characters are neatly introduced and within no time, one gets totally familiar about them and their names. One of the best sequences of first half is when the youngsters try to call a spirit. Shutu is in a way the ‘main character’ of sorts and his predicament is beautifully captured. One can feel the pain and anguish that he goes through. The narrative takes place over seven days and although the pace is slow, there’s lot happening in the film. And it’s so neatly executed that one doesn’t mind. Yet, at places, one does wish that the pace is not so sluggish. However, things get better towards the last part of the film. There’s a thrill element that is brilliantly executed. And the final 5 minutes of the film are just terrific!

A Death In The Gunj is embellished with some bravura performances. Vikrant Massey has always been first-rate, be it in Lootera or Dil Dhadakne Do. But he goes many notches higher with A Death In The Gunj. He has worked very hard in getting Shutu’s anguish right and it shows. And his dialogue delivery is impeccable. Kalki Koechlin initially doesn’t make that much of an impact but later on, she stands out. She delivers a splendid performance – the way she behaves in the party scene and later on is damn good. Hats off to this actress who never disappoints! Ranvir Shorey is impressive and plays the part of the troublemaker very well. He has a crucial part in the climax and does very well. Tillotama Shome manages to make a strong mark in the midst of so many talented people. Again, here’s an actress who has been consistently doing great job and here’s hoping A Death In The Gunj gives her the much needed widespread fame! Gulshan Devaiah as always is very dependable. He rocks in two scenes – one where is trying to teach driving and the other when he fights with Bonnie. And his look is damn good – he looks every inch a Bengali babu of the 70s! Jim Sarbh, who rocked as the terrorist in Neerja, is very good in a supporting role. Tanuja is very nice while Om Puri leaves a huge mark. The way he infuses humour in the pre-climax unexpectedly is a masterstroke!

Sagar Desai’s music is minimal but very impactful. Sirsha Ray’s cinematography is simple and very effective. The way the eeriness of the house and the outdoor locations are captured is praiseworthy. Siddharth Sirohi’s production design and Rohit Chaturvedi’s costumes deserve maximum praise – both are hugely responsible for bringing alive the authenticity. Arif Shaikh’s editing is fine but one wishes that at places, it was a bit faster.

The film is based on a short story by Konkona’s father Mukul Sharma and inspired by true events. This particular story is damn good – in fact, Mr Mukul in fact even inspired Ek Thi Daayan. Must say here’s a person who seems to have some great stories! Konkona Sen Sharma’s writing is superior – especially for a debutant writer. Her direction is also amazing and it’s difficult to say that it’s by a first timer. The detailing, the character sketch, the way the bygone era is brought alive – everything is just so right and nicely done! The only glitch is that the film gets very slow at places and for a few moments, the attention does wander. But otherwise, this is an amazing debut!

Some of the best scenes:
1. The youngsters try to call a spirit
2. The youngsters play kabaddi
3. Nandu and Vikram go on a motorbike ride
4. Shutu sketches a tortoise
5. Nandu tries to teach driving
6 The party on Dec 31
7. Shutu and Mimi go on a ride and the drama later on
8. The climax

On the whole, A Death In The Gunj is a great effort by debutant writer-director Konkona Sen Sharma. Moreover, she brings a talented cast together and all of them deliver fabulous performances. The way she brings alive a bygone era and manages to show it in the most authentic manner is praiseworthy. The film sadly is for niche audiences but here’s hoping, it manages to attract audiences in hordes, especially in multiplexes, when it’ll see a theatrical release. The movie gradually grows on viewers and hence, it’s not a film that will be easily forgotten! 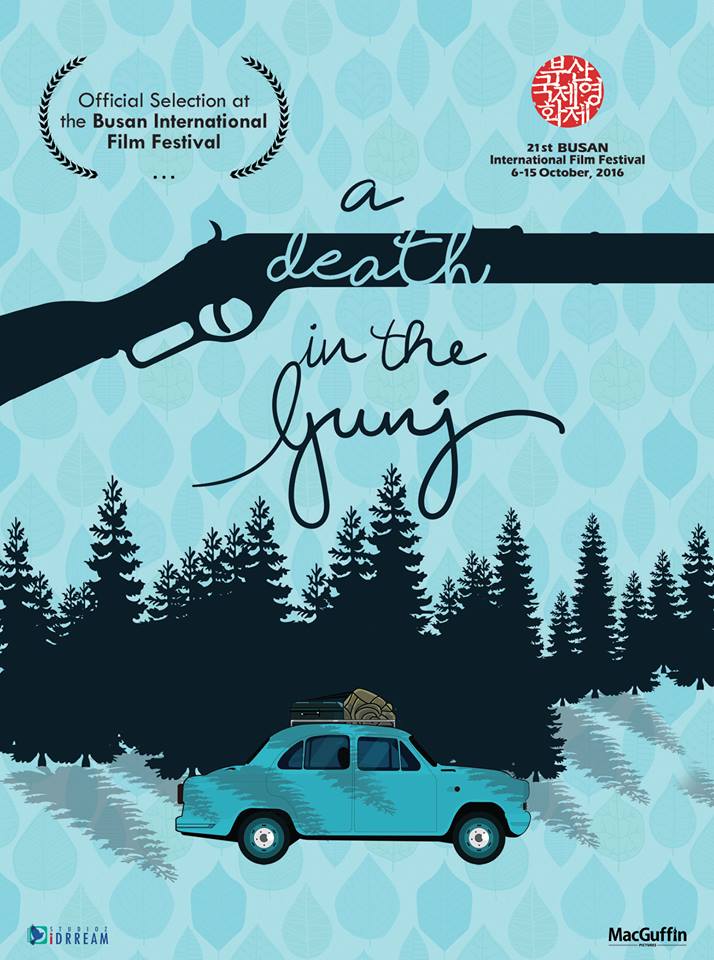