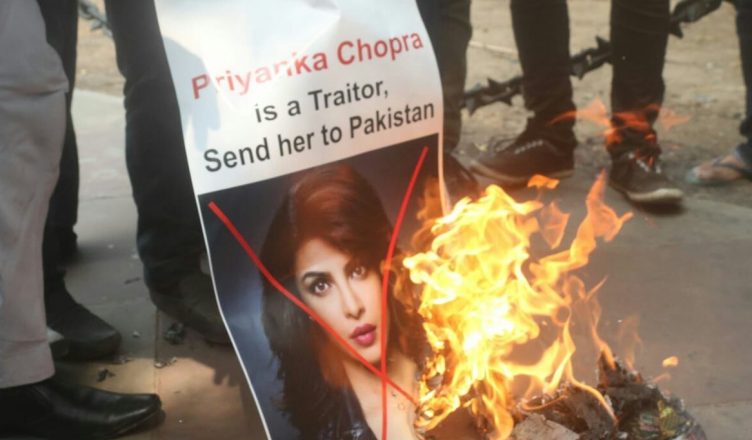 Over the last few years, a section of Indians have become quite intolerant and touchy over a lot of issues, particularly the depiction of religion and country in our films. We saw that for the first time in all its glory with PK with regards to certain scenes that hurt the religious sentiments. Then Aamir Khan’s intolerance statement came under the fire. In recent times, we saw Sonam Kapoor, Swara Bhasker and Kareena Kapoor Khan being targeted for raising their voice on the Kathua rape case. In case of Swara, the trollers, most of them right-wingers, pressurized Amazon India who then deleted Swara’s endorsing tweet.

These trollers are now back in action and this time, their target is Priyanka Chopra. A recent episode in her international TV show Quantico showed ‘Indian nationalists’ planning to frame Pakistanis as the perpetrators of a nuclear attack in the eyes of USA. Priyanka is the one who finds out this plan when she chances upon a ‘rudraksh’ on the body of the terrorist. As expected, a section of netizens went berserk and what followed was the usual brouhaha. Mass trolling happened at first. Priyanka Chopra was asked to apologize. Then somebody realized that she endorses Samsung. So in what has become now a predictable strategy, #BoycottSamsung movement began online. The trollers expected Samsung to go the Amazon way. Thankfully, Samsung has not even bothered to give importance to these troublemakers. What also helped is that since Quantico is an English TV show, it doesn’t have a mass popularity in India. So the common man wasn’t bothered much about this controversy.

Agreed that to show Indians as terrorists framing Pakistanis would definitely raise eyebrows because in reality, the situation is quite the opposite. Also the manner in which it is depicted in the episode is plain silly! But is such kind of backlash really required? Firstly, Quantico is a fictional show. The demand at present is to come up with unpredictable twists that audiences won’t be able to guess. So in that regard, the makers probably thought of such a plot twist to catch the audience unawares. Does this mean the Quantico makers feel the same about Indians in real? Obviously not!

Secondly, why just attack Priyanka Chopra? Did she write the said episode? Critics might argue that she should have refused to shoot for such an ‘offensive’ episode. But can she really do that – stop the production and waste precious time over a frivolous issue? She can’t and thankfully she didn’t! The trollers should have instead attacked director David McWhirter, writer Adam Armus and ABC studios. They are the ones who created and okayed the ‘offensive’ content. But then they are unknown to Indians and criticizing them would not have got the trollers the required traction. As a result, Priyanka Chopra had to face the brunt. 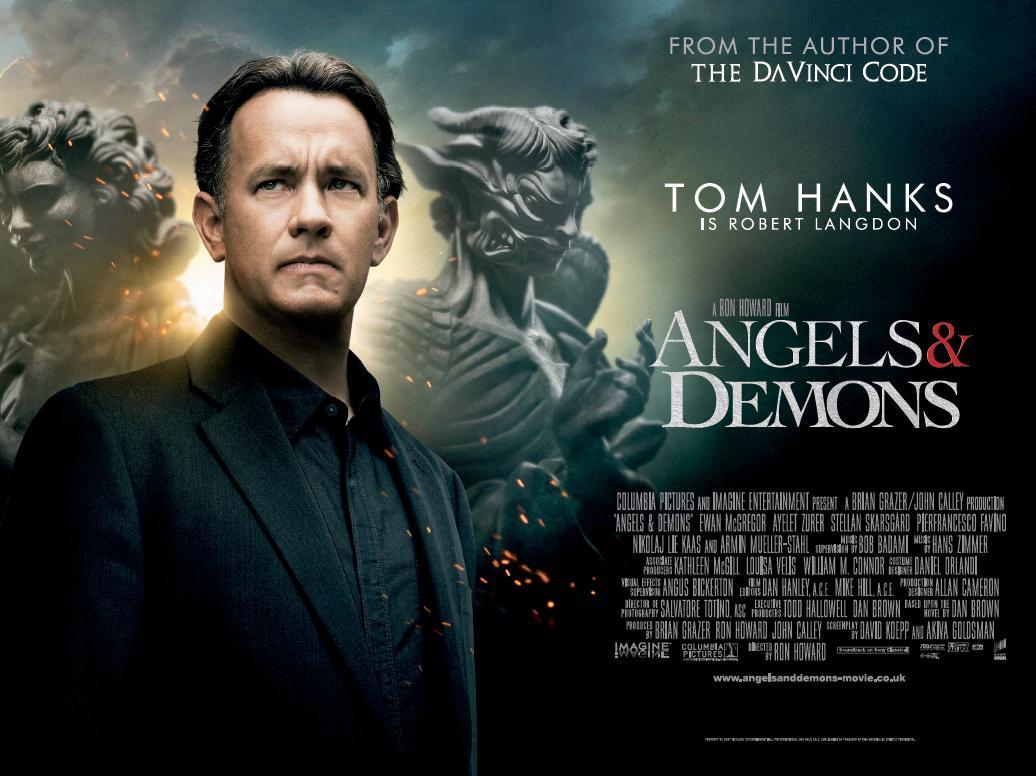 Critics of the Quantico episode also reason that Indians don’t terrorise the way it’s depicted in the show. Agreed but that doesn’t mean one can’t just show it on screen at all! 9 years ago, Tom Hanks starred in a film called Angels & Demons, based on a book on the same name. Both the movie and the novel showed Camerlengo of the Holy Roman Church of Vatican as a murderer and who executed a devious plan so that he could be the next Pope. Has something of this level ever happened? No way! But that didn’t deter the writer and the makers to show it on celluloid. And thankfully it released without a problem. The prequel, The Da Vinci Code, did face issues but only in conservative countries, and that sadly also includes India. But in the rest of the world, especially in the home market in North America, the film released seamlessly. Yes, some people had reservations with the content and they expressed it and that’s totally acceptable. But nowhere did mass trolling happen and Tom Hanks was neither forced to apologize nor was the brand he was endorsing was threatened with boycott!

Just 2 weeks ago, a film released named Bhavesh Joshi Superhero which surprisingly had a similar plot like Quantico. A powerful minister of Maharashtra in the film devises a plan to bomb the pipelines supplying water to Mumbai and then put the blame on the agents of ‘dushman desh’! Since the film bombed big time and it didn’t star a much known actor, this aspect went unnoticed. I wonder if these trollers would have kept quiet had the film starred a bigger actor.

As of now, ABC Studios have apologized for the said episode of ‘Quantico’ and so has Priyanka Chopra. The trollers must be feeling victorious. This has set a dangerous precedent. Tomorrow, anything remotely offensive to a section of Indians can bring the makers of a show or a film to their knees. The whole world has noticed this controversy and I shudder to think how they must be laughing on us and our low tolerance levels.