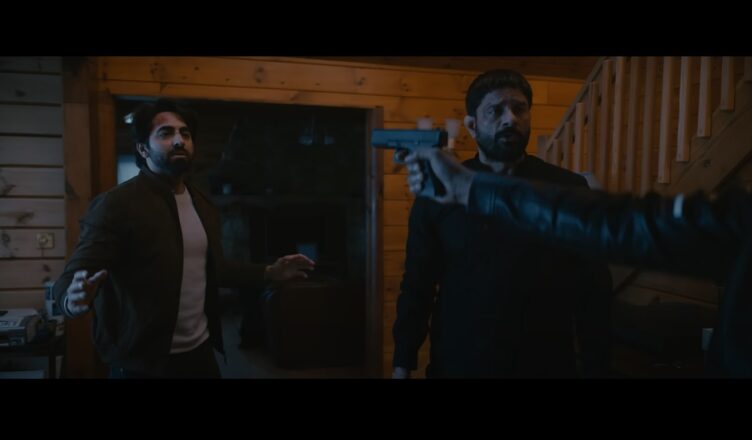 While Drishyam 2 is a blockbuster, Bhediya has underperformed. The next two weeks won’t be exciting though there’s some hope for An Action Hero, which releases tomorrow. It stars Ayushmann Khurrana and Jaideep Ahlawat in leading roles and tells an interesting story of a film star on the run. It marks the directorial debut of Anirudh Iyer, who worked on Aanand L Rai’s films as an assistant. Aanand and T-Series have jointly produced the film.

The makers have tried their best to promote the film and excite the audiences. They have added two item songs, one starring Malaika Arora and one starring Nora Fatehi. Sadly, the excitement for the film is minimal. There’s no heroine in the movie and traditional audiences would like the protagonist with a female lead. Also, Ayushmann is known for slice-of-life films. But here, he’s seen in an action role. Hence, his target audience is not kicked to see the film.

Ayushmann Khurrana’s recent film Doctor G opened at Rs. 3.60 crores. An Action Hero, however, is expected to open in the range of Rs. 2-2.50 crores. The opening might also be low. If the word of mouth is good, the weekend can be around Rs. 10 crores and then the makers can target a lifetime of Rs. 25 crores. It still won’t make the film a hit though.

Meanwhile, Drishyam 2 will continue its dream run at the box office. It is expected to earn around Rs. 57 crores in the second week and this means it’ll collect Rs. 160 crores in 2 weeks. Drishyam 2 on day 15, in fact, would collect more than An Action Hero and Bhediya put together! It’ll have another jump at the box office in the third weekend and is expected to cross Rs. 200 crores mark by next weekend or even earlier.