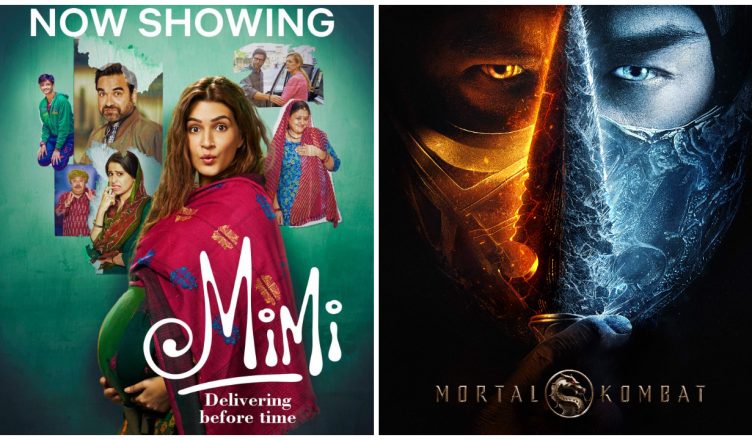 A lot of films have made their way online since the lockdown started in March 2020. Mimi, which was supposed to release on July 30, seemed like any other digital release. However, in the afternoon of Monday, July 26, media, trade and industry got shock when it came to light that the film leaked on the internet! With no other option, the film’s release was preponed and it came out on Netflix and JioCinema on the same day in the evening! Thankfully, the film got glorious reviews from all quarters and it took away a lot of negativity. But this sort of incident scared everyone.

There are reports that Netflix has not taken this breach lightly and has decided to renegotiate the remuneration that it was offering to the producers. Thus, from now on, every producer would remain doubly cautious because a leak could lead to a lesser pay for them from the streaming giants.

Mimi stars Kriti Sanon in the leading role along with Pankaj Tripathi and Sai Tamhankar. It is directed by Laxman Utekar, who last made Luka Chuppi, one of the surprise hits of 2019. The film is a story of a girl aspiring to be an actress who decides to go for surrogacy to earn quick bucks. Almost everyone was unanimous that had this film been released in cinemas, it would have been a huge success. But imagine if Mimi had leaked 4 days before its theatrical release? The damage would have been devastating. With a digital release, Netflix could at least immediately put it out so that as many viewers as possible could view the film legitimately.

Meanwhile, Warner Bros decided last weekend that they’ll start releasing their films in cinemas. Ideally, any studio would want that both the key centres – Mumbai and Delhi – should have cinemas operational and only then it makes sense to release a film. But the government in Maharashtra is going slow with the reopening. Hence, hoping that Mumbai would open up soon is not a great idea. Hence, everyone was hoping that at least the Delhi government would restart theatres since the cases there are negligible. The studios waited a lot and finally, Warner decided that they’ll release some of its films even if Delhi is shut. Thankfully for them, the Delhi government on Saturday, July 24, gave the go-ahead to cinemas to reopen from July 26.

Now only Maharashtra, Tamil Nadu and West Bengal are the key markets that are shut. The first film that’ll be released is Mortal Kombat, on Friday, July 30. It did release in India on April 23 but only in South India as the rest of the country was shut. This time it’ll be released in places where it didn’t last time but only in English and Hindi. This would be followed by the release of The Suicide Squad. It is releasing on August 5, the same day as it releases in the USA and other markets. Finally, the horror film The Conjuring: The Devil Made Me Do It will be released on August 13, in Independence Day week.

Today, Universal Pictures announced that Fast & Furious 9 would storm into cinemas on August 19. It is a big film and it’ll, however, make it to the big screen only if Mumbai is open. Hence, the exhibitors are still hoping that the Maharashtra government would understand their grievances and finally give the much needed go ahead.