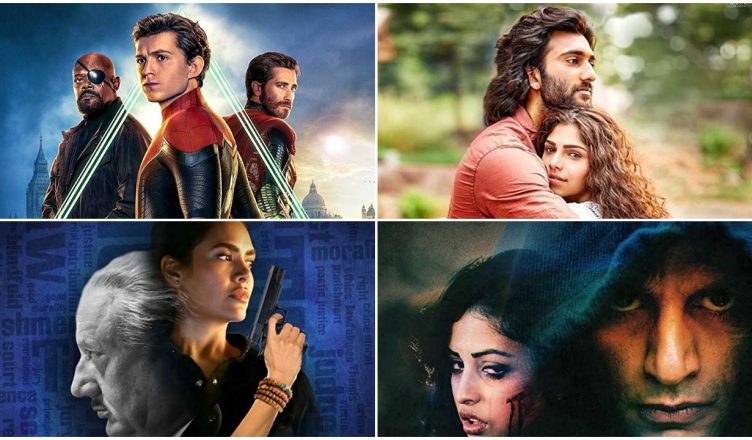 The Marvel Cinematic Universe (MCU) is the most exciting and profitable ventures in the history of cinema. In April end, we saw how Avengers: Endgame did record business at the box office all across the world, including in India. It was like an end to a 11-year-long saga but there’s still some entertainment left. Spider-Man: Far From Home releases tomorrow and the Avengers: Endgame effect will surely benefit the film.

It stars Tom Holland in the leading role and shows his journey after the developments that happened in Avengers: Endgame. One of it is how the superheroes went back and forth in time and in the process, they opened up multiple timelines. And this plays an important part in the narrative. The trailer is quite exciting and all the factors are going in it’s favour. Moreover, Spider-Man has always been the most loved superhero in India as all the films since 2002 has proved to be immensely successful. Even the last standlone Spider-Man film, Spider-Man: Homecoming earned around Rs. 57.55 crore. This was two years ago and since then, the MCU has become bigger. Even a film like Captain Marvel earned Rs. 85 crore approx.

Hence, there are a lot of expectations from Spider-Man: Far From Home, with many even hoping it’ll cross the Rs. 100 crore mark. Moreover, it has a four-day weekend as it releases tomorrow (Thursday July 4). It’s not a full release though shows start from morning in most cinema halls. Yet, Rs. 10-12 crore or even more are expected tomorrow. If all goes well, it can earn in the Rs. 65-75 crore range by Sunday. Such collections can give a slight dent to the earnings of Kabir Singh. The Shahid Kapoor starrer is having an excellent run at the box office and is about to cross the Rs. 200 crore mark by tomorrow. It remains to be seen how much Spider-Man: Far From Home affects the collections of this flick or whether both the films are able to co-exist.

Talking of Hindi releases, there are three films that will hit screens on Friday and all of them look unexciting. The biggest of them all is Malaal, produced by Sanjay Leela Bhansali. It stars debutants Sharmin Segal (SLB’s niece) and Meezaan (Jaaved Jaaferi’s son). It is a remake of a popular Tamil film 7G Rainbow Colony and is directed by Mangesh Hadawale, who has made acclaimed films like Tingya and Dekh Indian Circus. Despite being a Bhansali production and even the songs by him, there’s no excitement at all. Music hasn’t worked and the debutants haven’t got the necessary hype. Largely, it is because the trailer is lacklustre. Also, it has a Maharashtrian backdrop and hence, anyways, it doesn’t have pan India appeal. The opening will be disastrous, even lower than Rs. 1 crore.

The second release is called One Day, starring Esha Gupta, Anupam Kher and Kumud Mishra. It is a cop action drama but looks very dated. Lastly, there’s Hume Tumse Pyaar Kitna starring Karanvir Bohra, Priya Banerjee and Sameer Kochar. It looks like a poor reboot of the Shah Rukh Khan classic Darr. Coincidentally, Darr’s actress Juhi Chawla can be seen for a second in the trailer. The makers should have used this aspect to promote the film. Instead, they made up stories that the trailer was taken off social media due to ‘excessive violent content’. It was a laughable strategy as the trailer is not as gory that it can get removed. Both these films will have negligible collections. In short, it’s going to be a bad Friday for Bollywood.