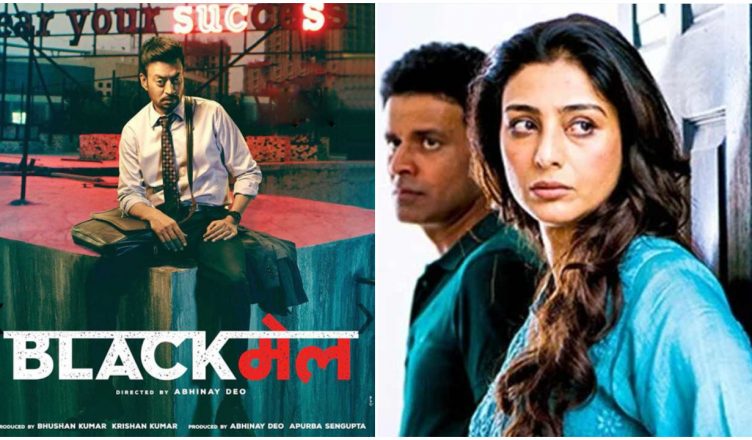 WILL IRRFAN KHAN ROCK THE SHOW WITH BLACKMAIL?

Irrfan Khan had a rocking 2017. Hindi Medium emerged as one of the biggest hits and earned a lot of acclaim. His next flick Qarib Qarib Singlle didn’t do that well commercially but got a lot of appreciation. And now Irrfan Khan is set to open his innings in 2018 with Blackmail.

It is directed by Abhinay Deo, who rocked the show with Delhi Belly in 2011. Apart from Irrfan, Kirti Kulhari, Divya Dutta, Arunoday Singh, Omi Vaidya and Pradhuman Singh Mall are also a part of this black comedy. The storyline is interesting and the trailer has got noticed. The film made news recently because of its song Bewafa Beauty as it marked the comeback of Urmila Matondkar after almost 10 years.

The promotion has been minimal but that’s fine since the film doesn’t require extensive marketing. Also, the promotions must have gone for a toss after Irrfan Khan was diagnosed with a tumour. Some feel that the sympathy factor will draw more crowd. But that might not happen. In 2005, Amitabh Bachchan was hospitalized when his film Ek Ajnabee hit theatres. It didn’t help the film much. If Blackmail will work, it will only be due to its merit. As of now, the buzz seems limited and hence, a poor opening is on the cards. But if the word of mouth is positive, it can bring in moviegoers and emerge as a decent success. Last week’s Baaghi 2 has emerged as a monstrous hit. But Blackmail will get shows as it’ll have a concentrated multiplex release.

The other release of this week is Missing. It was shot way back in 2015 and got stuck probably due to lack of distributors. It is produced by Neeraj Pandey and stars Manoj Bajpayee, Tabu and Annu Kapoor. The film looks like a nice suspense thriller but there’s absolutely no excitement or even awareness. Some 15-20 days ago, the makers suddenly announced that the said film is releasing on April 6. The trailer was out on March 23 and then, there was no attempt done to market it well. Even if the word of mouth is positive, it’ll have a very tough time in even getting audiences to theatres. The day 1 earnings can be quite an embarrassment for the producers.