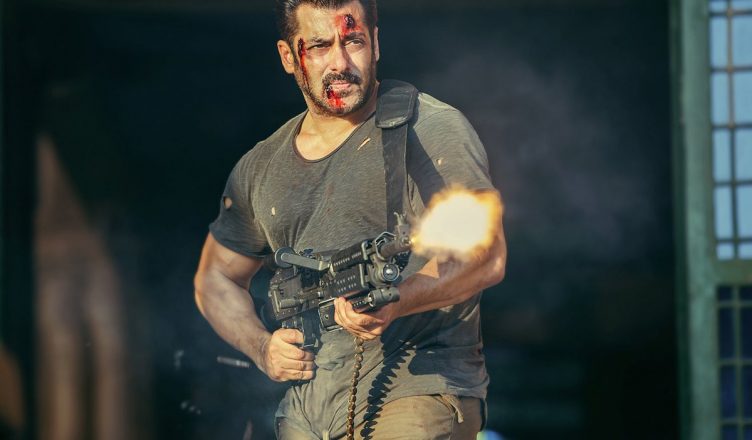 TIGER ZINDA HAI IS A BLOCKBUSTER; 2017 ENDS ON A GREAT NOTE!

The year 2017 hasn’t been great overall as a lot of films failed miserably. The worst of all were the debacles of biggies like Tubelight and Jab Harry Met Sejal, featuring superstars Salman Khan and Shah Rukh Khan. But thankfully, the last month of the year proved profitable. Fukrey Returns was expected to fare decently at the box office. But it emerged as a super hit at the box office and crossed the 70-crore-mark, which was unexpected! And then came Tiger Zinda Hai! Of course it was expected to rock at the box office. And sure enough it did! A lot of people expected Day 1 to be very huge and cross the 40-crore-mark. But that didn’t happen as Day 1 collections amounted to 34 crore. Day 2 was slightly better at 35.25 crore. By then, many lost hope that the film will ever cross the 40-crore-mark. But it did on Sunday when it collected a huge 45.50 crore, which brought cheer among everyone in the trade and industry. Monday (Christmas holiday) was huge at 36.50 crore. Then a few skeptics expected the film to fall on Tuesday, which was a working day. But it didn’t and it collected 21.50 crore, followed by around 18 crore on Wednesday! The film’s collections are now in the 190 crore range. By the end of Week 1, it will cross the 200-crore-mark and by Friday morning, it will cross the collections of Golmaal Again [205 crore approx] and emerge as the biggest Bollywood grosser of Bollywood. There’s another four-day weekend coming up since Monday January 1 is also a holiday. If Tiger Zinda Hai manages to do well in these four days, then sky would be the limit for the film.

The number of flops was too high this year and thanks to the blockbuster and super-hit business of films like Jolly LLB 2, Badrinath Ki Dulhania, Toilet – Ek Prem Katha, Judwaa 2, Golmaal Again and of course Fukrey Returns, this year has been somewhat better. Also, small films like Hindi Medium, Mom, Shubh Mangal Saavdhan, Bareilly Ki Barfi, Newton, Tumhari Sulu and of course Fukrey Returns fared very well and that also kept the excitement going. Sadly, on the other hand, films that came with a lot of expectations like OK Jaanu, Rangoon, Sarkar 3, Meri Pyaari Bindu, Raabta, Jagga Jasoos, Munna Michael, A Gentleman, Simran and Chef failed miserably. Films like Mubarakan and Baadshaho were okay and underperformed. In fact, the three months before Toilet – Ek Prem Katha were pretty bad with not a single film emerging as a clean hit.

There was one more film that was a hit; in fact, it was Indian cinema’s biggest blockbuster and it’s none other than Baahubali 2. It rewrote history but sadly, it was not a Bollywood film. But trade experts believe that if this film was not there, 2017 would have been a big disaster. In 2018 too, it’s again a Southern film 2.0 that is expected to be the year’s biggest grosser. But thankfully, it’s a bi-lingual and hence, can be called a Hindi film. Even the other films of 2018 look very promising and there are high chances that it will prove to be better than 2017!