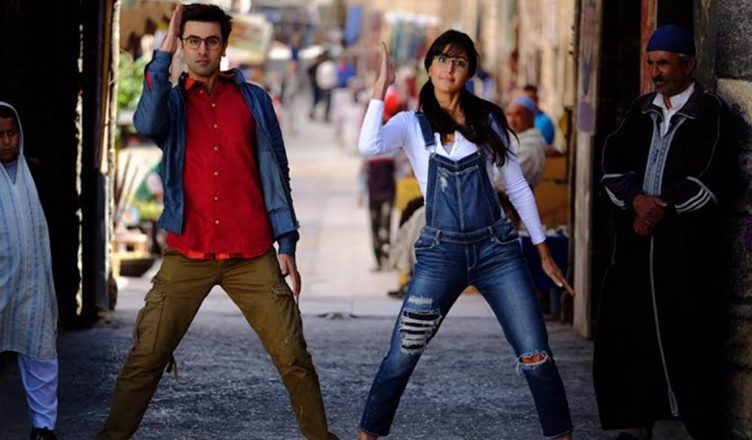 WILL JAGGA JASOOS BATTLE THE NEGATIVITY AND EMERGE AS A HUGE GROSSER?

Finally, the long-delayed film Jagga Jasoos is all set to release tomorrow. The film has been in the making since almost 3 years. The film went on floors in 2014 and then faced innumerable delays. In the midst, lead actor Ranbir Kapoor even completed Ae Dil Hai Mushkil and finished a major schedule of Sanjay Dutt biopic. Katrina Kaif on the other finished work on Fitoor and started and completed Baar Baar Dekho. There also came a time when there were reports that the film will be shelved. Ranbir in an event even admitted that this was the situation. However, the team somehow didn’t lose faith and are releasing the film tomorrow.

Jagga Jasoos is directed by Anurag Basu, who also directed Ranbir’s much loved 2012 film Barfi. In fact, this is also Ranbir’s first film as a producer. Disney is the other producer. The teaser of the film was out in December last year along with Dangal and it surprised many. People expected it to be disappointing but viewers and trade were astonished with the grandeur, action and adventure showcased in the teaser. The trailer further threw light on these aspects and also on the music element in the film.

However, the challenges faced by the film are aplenty. It’s a musical and it’s difficult to say if people, pan-India, will be ready to see it, although it’s a complete family entertainer at heart. Also, the negativity surrounding the film seems to have taken a toll. Shocking reports have emerged as to how Govinda was disappointed when his role was apparently chopped off (he tweeted in anger against the film) to Jagga Jasoos not being complete on time till Tuesday (3 days before release) to Ranbir’s father Rishi being livid as he along with his son weren’t shown the film. Moreover, the film didn’t release as per schedule in Dubai today (Thursday). It is believed that this was done to avoid bad reviews from coming out on social media. Last month, Tubelight opened on Thursday in UAE and was panned and it’s believed that it affected collections on first day in India.

Here’s hoping that despite the bad vibes, Jagga Jasoos manages to do well and emerge as a huge grosser!

WOULD YOU LIKE TO SEE JAGGA JASOOS AND WHY? DO LET ME KNOW!