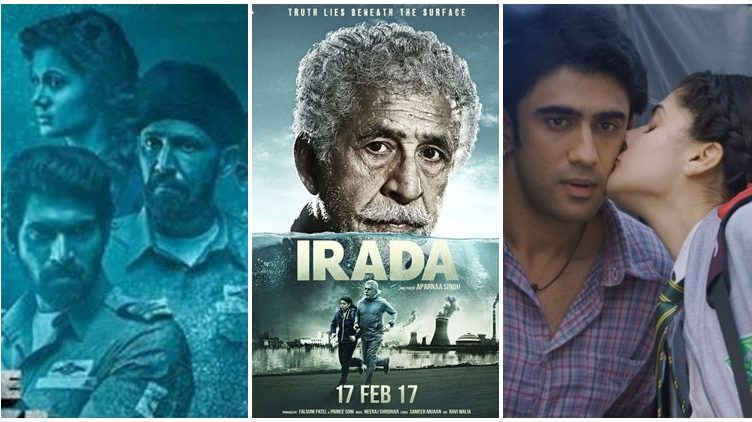 Multiple small releases on a single Friday is never a good idea but Bollywood has never learnt its lesson. Tomorrow 3 Hindi movies will hit theatres along with 4 Hollywood movies and a couple of Gujarati and Marathi films! My analysis on these Hindi films:

THE GHAZI ATTACK: It is a bi-lingual and based on a true incident during the 1971 war involving an Indian submarine. Rana Daggubati, Kay Kay Menon, Atul Kulkarni feature in this film and there’s also a special appearance by Taapsee Pannu. It looks interesting although viewers have seen better presented war movies. Even if the response is positive, it will have a tough time since the buzz is just not there due to which the opening will be very poor.

RUNNING SHAADI: The film is ready since 2014 and it has taken an unusually long time to release. It stars Amit Sadh and Taapsee Pannu and produced by Shoojit Sircar. The premise catches attention but it hasn’t really excited viewers. Thankfully the dated feel is not there. If the costs are limited, then the film can at least break even, provided the response is really positive.

IRADA: Arshad Warsi, Naseeruddin Shah, Divya Dutta and Sagarika Ghatge feature in this film, based on eco terrorism. The trailer evokes interest only till an extent. Audiences on the whole don’t like unconventional films and hence even if Irada gets a lot of praise, the box office performance is going to be dismal.

Meanwhile last week’s release Jolly LLB 2 had a great run at the box office in Week 1. With the new releases being unexciting, the Akshay Kumar starrer will have a another jolly good week at the ticket window!