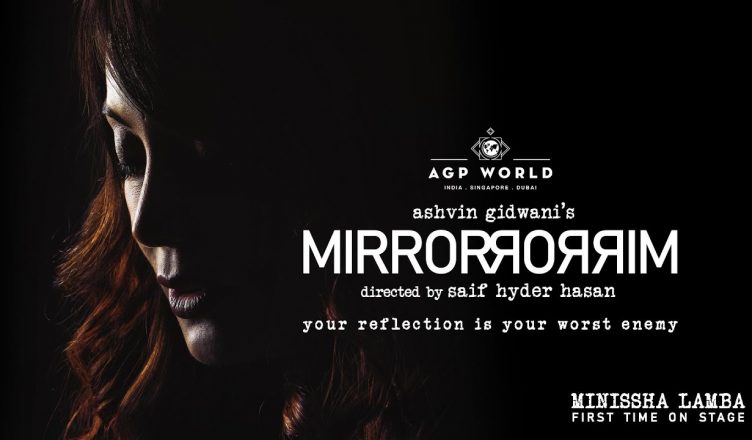 Mirror Mirror is a new English play directed by Saif Hyder Hasan and featuring Minissha Lamba in the leading role. This is a remake of Saif’s 2011 Hindi play Aaine Ke Sau Tukde, which starred Shweta Tiwari. The original play was damn impressive as it featured just one actor enacting several parts. This is one of the most challenging theatre acts ever and Minissha comes out with flying colours. She is entertaining and captivates everyone’s attention for 75 minutes as she slips into the character of Minal majorly and tells her sad, shocking story. It’s really unfortunate that such a brilliant actor never got her due earlier. Bollywood’s loss is certainly theatre circuit’s gain! The play has some laugh-out-loud moments and the use of opera-style narrative gives a fabulous touch to the play, which was missing in the original. As for drawbacks, I didn’t find any but when you go for the play, make sure you take the middle seats and don’t opt for the seats in the corner. There’s a screen in the middle of the stage and it’s placed in such a way that you won’t be able to see anything that’s played on it if you are not sitting in the centre. Nevertheless, whichever seats you get, the impact will be manifold. The writing is topnotch, the background score is haunting and the play on the whole will give you goosebumps. Don’t miss!