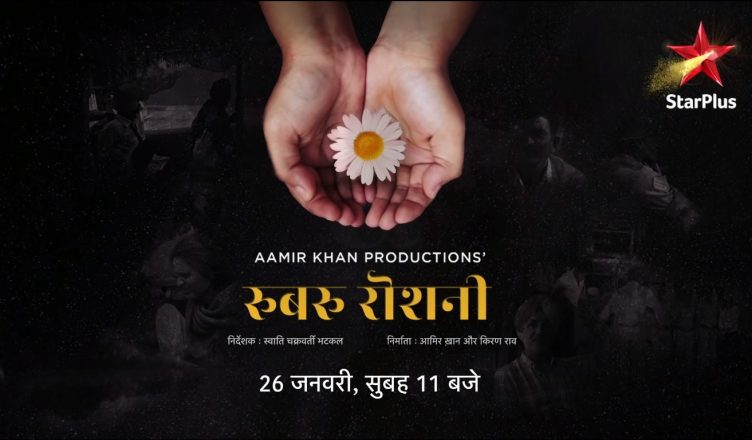 Rubaru Roshni is a film produced by Aamir Khan and directed by his Satyameva Jayate associate Svati Chakravarty Bhatkal. It’ll directly be aired on TV on Star channels at 11 am on Saturday January 26. It is divided into three parts and tells three true stories with the common theme being forgiveness. The stories are of those who have gone through a major loss in their life due to someone’s incorrect way of thinking. How these people decided to forgive and forget and thereby healed themselves is what the film is all about. It is just 1 hours 45 minutes long and it’s highly engaging and moving. The first track is the most impactful as the incident showcased and even the people associated with it leave a tremendous mark. The second track is also moving and very relevant in today’s times. The third story is the most novel and made for a fine watch. The film also raises the issues of communalism, terrorism, spread of rumours in order to polarize etc. but the makers take a very balanced view. Hats off to Aamir Khan for once again trying to bring a social change in an unusual way! No one expects him to indulge in such exercises and yet, he works so hard and tries to reform the society in his own way. He proves yet again why he deserves all the respect and love and also proves that he’s not just a fine actor but a fine human being! This Republic Day, do give Rubaru Roshni a try once you’re done with the flag hoisting and forwarding patriotic messages to your loved ones. You won’t regret it for sure! (P.S.: Rubaru Roshni will be aired in various languages across Star channels. It’ll also be aired on Hotstar and would be available on Netflix three months later)