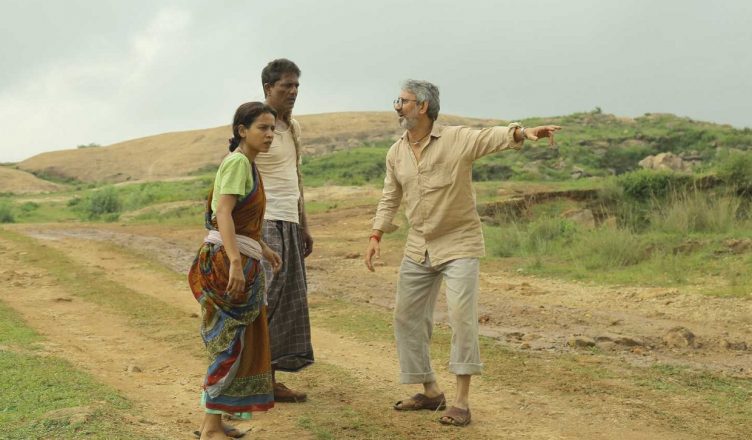 Raahgir (aka The Wayfarers) reminds one of a portion of the movie Paar, which was also directed by Goutam Ghose. In a way, the filmmaker also gives a hint that for the underprivileged, not much has changed in the last 35 years. It is based on a short story by Prafulla Roy and is about a man and a woman on the way to a town from their backward village. After the introduction of Tillotma Shome and her family, the film gets painfully slow and picks up only after some 20 minutes. Hence this 85 minutes long film seems like a two hour affair. Thankfully, the second half is highly engaging and even hard-hitting. Ishaan Ghose‘s cinematography is spectacular and it also keeps the interest going. Talking of performances, Adil Hussain is a bit loud initially, as per his character, but ends up looking a natural. His dance is worth watching. Even Tillotama Shome looks every inch a poor villager and her accent is very striking. Neeraj Kabi has a supporting part and is terrific to say the least. Omkar Das Manikpuri, of Peepli Live fame, is decent. All in all, Raahgir despite the slow pace, deserves a watch for the performances and strong moments!