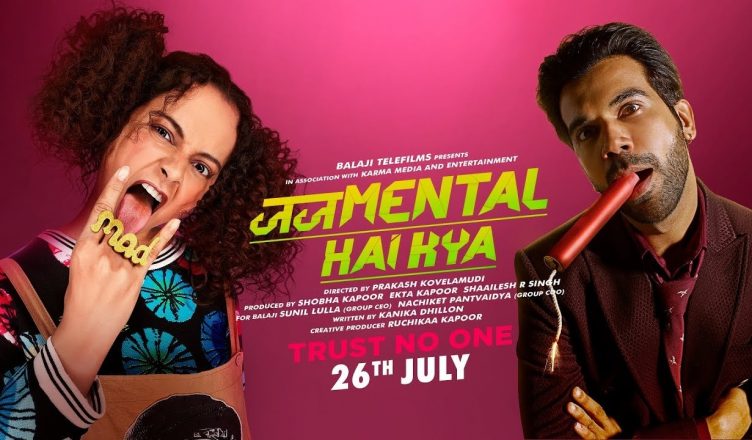 Judgementall Hai Kya is laced with a great and unusual story. It is layered and raises some important points. It also has a Ramayana connect and the murder element gives the film a thrill element too. The script and execution falter and that affects the impact. The character of Bobby is so unusual that it takes a while to process and understand the kind of lifestyle and her funda for life. Once one gets in the flow, things get better. The intermission point is a shocker. Post-interval, again, plot-wise it has some brilliant twists but execution is weak. In fact, the film here gets totally bizarre. The climax however saves the day. Talking of performances, Kangana Ranaut is outstanding. This is her most accomplished work and also one of the best of the year. Viewers will be amazed to see how she managed to slip in this challenging actor with ease. Hats off! Rajkummar Rao also gets to shine. His character is also very well fleshed out and Rajkummar takes it to another level with his performance. Hussain Dalal is an actor to watch out for. Amyra Dastur and Amrita Puri are cute and play their parts well. Jimmy Sheirgill is likeable. Satish Kaushik and Brijendra Kala fit the respective parts. Kanika Dhillon, also the film’s writer, has a special appearance and she a terrific screen presence. All in all, Judgementall Hai Kya is worth watching for the performances and for trying to give a hatke experience to the viewers!