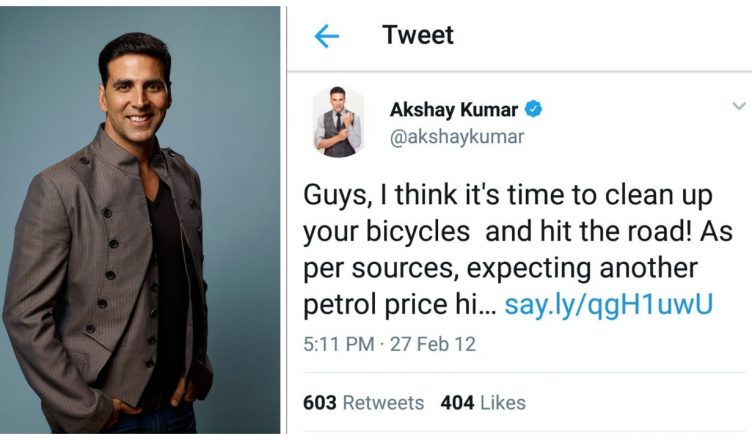 Before 2014, things were far simpler in India. If the government would go wrong, all sections of society would voice their complaints and anger. The then government run by UPA 2 with Indian National Congress having a lion share of this alliance, used to be perennially at the edge over the mounting criticism. It was the time when numerous scams had come to light, inflation was quite high and hike in the petrol and diesel price had burnt a hole in the pockets of the aam junta. No wonder, all strata of society would be speaking against the government policies. The members of our film industry were also not left behind. Though most of them would not speak about it a lot, they would once in a while speak their mind which would be in sync with the mood of the public.

Then came the BJP rule from May 2014, under the leadership of the dynamic Narendra Modi. Before the elections, Mr Modi and other BJP personalities promised the moon. They assured that the prices of fuel and other essential items would be brought down and with the return of the black money stashed abroad, things would get better in India in the economic front. It’s been four years now and though things have got better in a lot of departments, price hike remains a huge challenge. Recently, the rate of petrol touched Rs 84 and it sent shockwaves throughout the country. The common man began to ask the government about the ‘acche din’ and reduced prices that were promised to them.

Despite such a huge rise in petrol prices, the Bollywood industry has been silent this time on the whole. The ease and fearlessness with which they would write against government’s decision can’t be seen anymore. This led to an embarrassing situation for superstar Akshay Kumar recently when his February 2012 tweet went viral. It read: “Guys, I think it’s time to clean up your bicycles and hit the road! As per sources, expecting another petrol price hike”. The netizens began asking why the superstar is no longer making such amusing but thought-provoking tweets since the petrol prices have hit the roof again. The criticism was mounting to such a level that Akshay decided to delete this tweet. He hoped this would save him from accusations of double standards. Sadly, that’s not the case as his tweet has got screenshot and has also been archived. There’s one more tweet of Akshay Kumar mocking the fuel price rise that’s still available. The deleting of the 2012 tweet got him even more criticism and hence that’s why he has probably chosen to retain this other tweet, as of now.

Couldn’t even get to my house at nite for all of Mumbai was queuing up for #petrol before the prices rocketed again.

Just like Akshay Kumar, even Amitabh Bachchan has made some interesting jokes on petrol price, in the pre-Modi era. Then there were others like Ashoke Pandit, Anupam Kher etc who too had dissed the Congress for hurting the common man with their rise in prices. Both of them have made it clear many times that they have a lot of soft corner for BJP and Narendra Modi. Hence, they can’t be expected to now write about fuel rise now and thereby hurt their idol. But what has prompted Amitabh Bachchan and Akshay Kumar to go mum now?

The answer is simple. In today’s times, criticizing the BJP government and Modi is akin to criticizing the country. The BJP troll army is huge, shameless and are ready to go to any lengths while attacking their ‘prey’. Most of them are faceless and fake ids but still when a planned troll attack is done from thousands of such troll twitter and Facebook handles, it can easily give a shiver down the spine of these celebrities. Aamir Khan knows it very well. His famous intolerance speech in November 2015 became a talking point. He was criticized left, right and centre like never before. In the same month, Shah Rukh Khan was also mercilessly targeted for his views on the political and communal climate in India. Aamir in fact had participated in Anna Hazare’s movement in 2011 which was also against the then Congress rule. Can you imagine Aamir attempting something similar in today’s times? 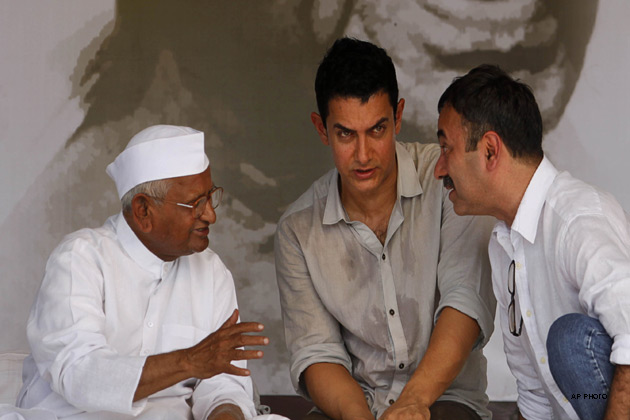 These nameless, faceless trolls don’t simply post negative comments. They go a step further – they’ll spread fake news about that particular actor. Their families won’t be spared either. Recently, when Swara Bhasker held a placard to protest against the gruesome Kathua rape, she faced criticism of another level. A photoshopped tweet was put out that stated that Swara protested against the Kathua for publicity and money. Also, last month, journalist Rana Ayyub, a fierce critic of Narendra Modi, had the most traumatizing experience of her life when photoshopped tweets was put that made people believe that she has made anti-India comments. Moreover, her phone number was leaked and a pornographic video was widely shaped where her face was morphed onto another woman.

So how exactly is BJP responsible for the wrongdoings of these trolls? Well, the problem is that it’s an open secret that all these slut-shaming campaigns have the backing of the BJP leaders. Many of them, for instance, shared Rana Ayyub’s fake tweets and refused to delete despite hunderds of twitter users explaining to them that it’s fake. Many people who regularly troll are followed on Twitter by none other than Narendra Modi himself. This gives them an added boost to target the critics of the government. Moreover, it has increasingly come to light that the BJP IT Cell is actively perpetrating such campaigns against celebrities to ‘teach them a lesson’.

In such a scenario, it is understandable that Akshay Kumar, Amitabh Bachchan and other celebrities are quite scared and would think thousand times before saying anything remotely against BJP. After all, they don’t want their Twitter notifications to be filled with hate-filled messages. They don’t want rape threats for the women in their families or their numbers getting leaked or worse of all, their morphed porn videos getting circulated. They don’t want ignorant public sharing their ‘I hate India and Indians’ photoshopped tweets and be seen as traitors and anti-nationals. All this can lead to extreme psychological trauma and break even the toughest of people. Also, the industry has seen how Shah Rukh Khan and Aamir Khan were tortured. Even the recent agitations against Sanjay Leela Bhansali’s period film Padmaavat was possible because of the BJP government’s inaction which indirectly motivated the protestors to go all out, even attacking a school bus full of scared children. As a result, it is completely understandable the silence of our Bollywood stars.

Ironically, in the West, it’s US President Donald Trump who has come to power owing to his right-wing views and for promising lots and lots of stuffs. And even he’s unable to perform well but the Hollywood film fraternity is not scared. They openly mock and criticise him and his policies. Even during the Academy Awards, he was the butt of many jokes. Some of the biggest stars like Meryl Streep has made it clear that he’s unjustified with his viewpoints. But then, Trump’s troll army is not as brazen and shameless like the BJP troll groups. Right now, in Bollywood, it’s only the not-that-famous celebrities like Swara Bhasker, Vishal Dadlani, Prakash Raj, Pooja Bhatt, Shruti Seth etc attacking the government. They are not that huge and can take the risk. But Akshay Kumar can’t. As mentioned above, it’ll lead to personal trauma. Also, what if the protestors come to the streets and try to stop the release of his film? Crores of money is at stake when the film’s release is due and such protests can hurt everyone involved with the film, not just the actor in question.

But how long will this go? Slowly and steadily, these tactics of the troll army won’t work with the same intensity. Already, one can see around that more and more people are trying to verify fake messages that they receive on WhatsApp and social media. Fact-checking websites have mushroomed and are doing great job in instantly alerting people about fake news being spread by the troll army. Cyber-crime laws are strong and if celebrities take action against the mischief mongers, it can lead to a fear among these criminals. Hopefully that time will come soon and we shall once again get to see our celebrities without much fear rightfully criticising the government!