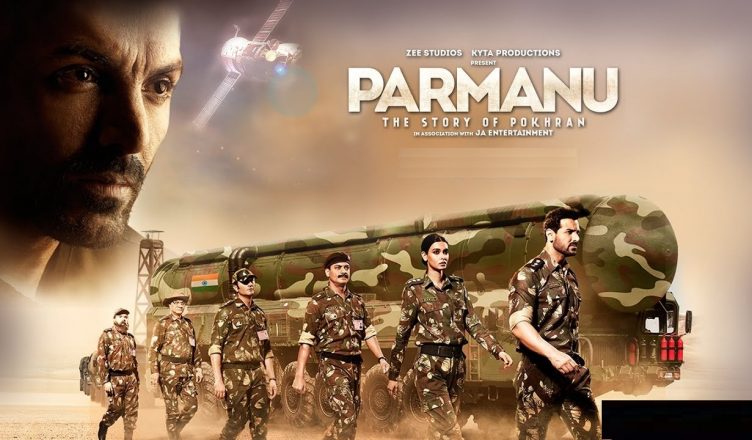 Parmanu is an incredible story of a landmark chapter in India’s history and it’s told in a very entertaining and engaging manner. The language used and treatment is simple and hence, even the layman can apprehend what’s going on and this will surely widen the reach of the film. Moreover, the patriotic element will also appeal the masses. Yes, the film does lack nail-biting and edge of the seat moments but these are minor complaints as the film has lots to offer. There’s also sudden humour infused in various scenes that make for a great watch. The best is reserved for the finale and it’s outstanding! John Abraham delivers a terrific performance and it surely ranks as one of his best. The actor sheds his ‘hero’ image – he even gets beaten by a man less than his size – and gets completely into his character. Diana Penty also gives in her best and has a crucial part. Boman Irani is quite effective and good to see this actor after a hiatus! Anuja Sathe leaves a huge mark as John Abraham’s wife. The rest of the supporting actors – Aditya Hitkari, Yogendra Tikku, Vikas Kumar and Darshan Pandya – also play their roles well. It was a struggle on the part of John Abraham to get this film released and many were surprised how this film got just two week window for promotions. Here’s hoping the word of mouth does the trick and brings in audiences in hordes. It totally deserves it!