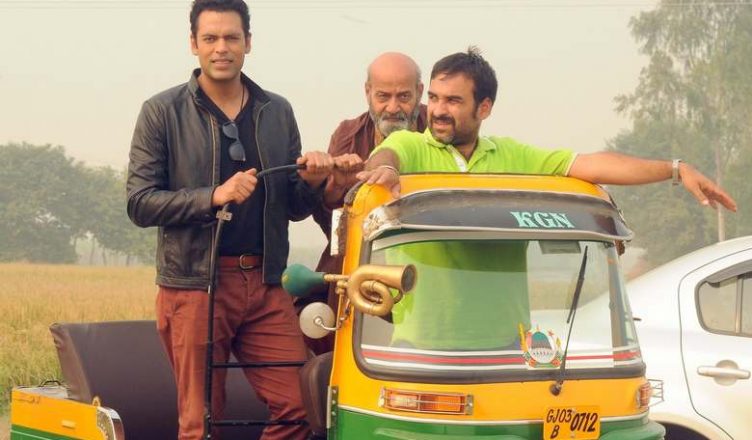 The best part about film festivals is that one is able to come across gems that might have gone unnoticed. Mango Dreams is one such gem that I discovered at the Jio MAMI 18th Mumbai Film Festival. It has some loose ends but nevertheless, it ends up touching hearts and that’s what it matters at the end of the day!

The story of the movie: Dr Amit (Ram Gopal Bajaj) is a widower in Ahmedabad. He is suffering from dementia and fears that memories closest to him will fade away sooner or later. His son Abhi (Samir Kochhar) is based in USA and he wants Amit to join him. Amit refuses and so Abhi feels that it is better to admit Amit in an old age home. He rejects both options and takes a journey before dementia overpowers him completely. Helping him in this journey is Salim (Pankaj Tripathi).

Mango Dreams doesn’t really impress from the start. In fact, it is strange to see actors speaking in English. Yes, we have seen in films like Monsoon Wedding where everyone in India from the rich to the poor speaking in English but in Mango Dreams, it looks a bit out of place. However, soon, one gets used to it and also, the narrative grips viewers after a point. The film goes on a high when Salim gets introduced and especially when they both take the great journey. From here on, Mango Dreams turns into a road trip film. The conversations shared by Amit and Salim in between make for a great watch. The humour is nicely incorporated. There’s also an angle of 2002 Gujarat riots and the India-Pakistan partition and again, it is well placed in the narrative. In fact, the partition bit plays a crucial part in the film.

Ram Gopal Bajaj delivers a fantastic performance. One can feel the anguish of a lonely doctor who is all set to lose his memory. Also, the manner in which he keeps his cool and pacifies Salim at places makes for a nice watch. He’s terrific in the climax; in fact, it’s he who takes it high. Pankaj Tripathi is the soul of the film. He raises loads of laughs and at the same time, he moves viewers with his humble nature and also his horrific past. Naseeruddin Shah is terrific in his cameo appearance. Samir Kochhar does fine and same goes for S M Zaheer (Prashant).

Sunil Kaushik’s music is okay but his background score enhances impact in lot of scenes. Nouman Ahsan’s cinematography is simple and lovely. The locales are nicely captured. Also, Film City is shown as Punjab in a scene but it’s done very nicely. One might not even come to know that it’s not Punjab. Hence, despite the limitations, Mango Dreams doesn’t seem like a film that is made with lot of struggles. John Upchurch’s story is touching. In fact, it is surprising to see that someone from USA came up with the idea that will be so relatable to Indians. Mazahir Rahim and Hamza Rahim’s screenplay is not-so-great at places but overall, it’s great, especially when the trip begins. There’s a major flaw in the film as well – the autorickshaw from Ahmedabad is shown touring half the country and no cop ever stops them – simply impossible! But the film is no nicely directed by John Uprich and the message is so touching that one doesn’t mind. A great work by John and hope he comes up with many more such films!

Some of the best scenes:
1. Amit gives injection by mistake to Prashant
2. Abhi insists Amit to join him in USA
3. Amit meets Salim
4. Salim agrees to take Amit to Shamlaji
5. Drama at Shamlaji restaurant
6. Salim gets shocked when he hears about Jaipur wish
7. Salim and Amit escape from Jaipur
8. Salim opens up about his wife
9. Amit tells about his Punjab wish
10.The last 15 minutes

On the whole, Mango Dreams is a sweet, touching film that is worth the viewers’ time. The 90 minute flick packs in humour, drama, road trip madness and nostalgia in adequate doses. It has some loose ends and the first 15 minutes are quite weak. But the plusses clearly outweigh the minuses. Performances are great, especially by Ram Gopal Bajaj and Pankaj Tripathi. Naseeruddin Shah’s cameo is a powerful one. Sadly, the makers are unsure whether the film will release especially after the Uri Attacks. Hence, they are mainly aiming for a festival release. But here’s hoping the film does find a release, in theatres or online, soon! 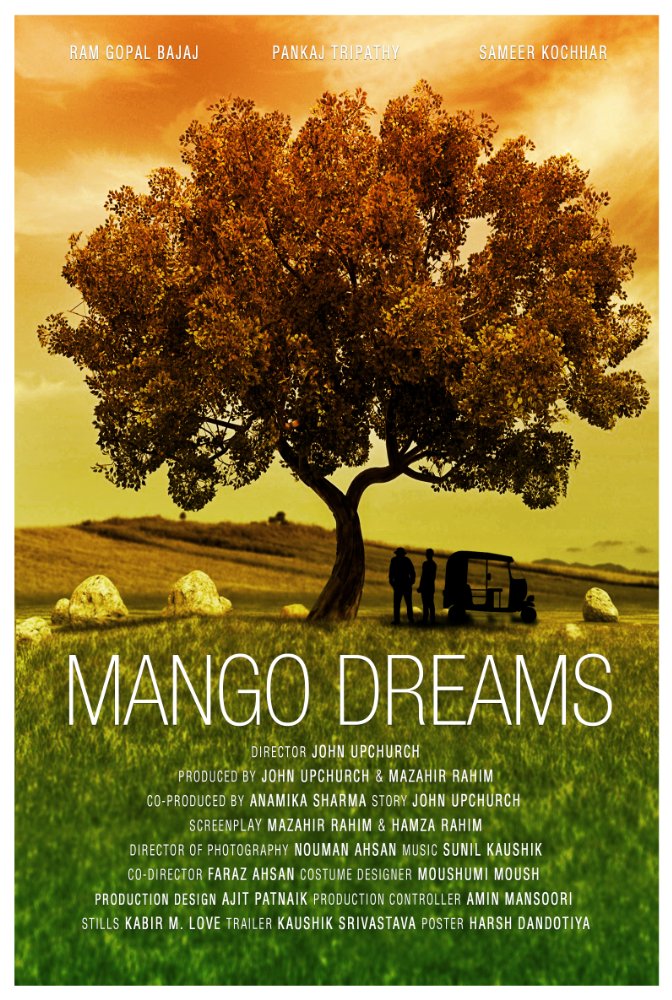