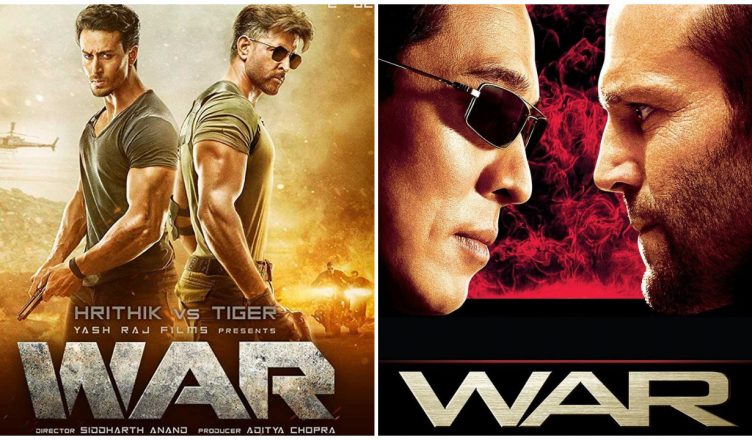 The October 2 release, War, has emerged as the biggest grosser of 2019 so far. Starring Hrithik Roshan and Tiger Shroff, this Siddharth Anand directorial opened with a bang and continued to do rocking business with each passing day. The word of mouth too has been very positive. War tells the story of Kabir (Hrithik Roshan), a senior secret agent of India who goes rogue all of a sudden. His protégé Khalid (Tiger Shroff) is assigned the task of finding and eliminating him. Most of the film establishes the bond between Kabir and Khalid in flashback and then cuts to a cat-and-mouse chase between the two in present day. In a shocking twist, it’s revealed in the pre-climax that Khalid had died two years back and a corrupt agent, Sourabh, had been impersonating Khalid all along. Sourabh also surgically altered himself to assume Khalid’s identity flawlessly.

As soon the film released, it came to light that War was eerily similar to a 12 year old Hollywood film. What’s more, this Hollywood flick is also titled War! Thankfully, the Hindi film is not a scene-to-scene copy or a cut-copy-paste job. The Hollywood film, starring Jet Li and Jason Statham, also uses the element of spy gone rogue, plastic surgery etc but in a different manner. While the Bollywood film showcases a criminal taking up an officer’s identity, in the Hollywood movie War, it’s vice versa. Here, Tom Lone (Terry Chen) eliminates a ruthless assassin called Rogue (Jet Li) when the latter enters the former’s house and kills his wife and child. Tom then sets the house on fire and everyone believes that he died along with his family. Tom however goes for plastic surgery, gets Rogue’s face for himself and then infiltrates two warring gangs, one of which had told Rogue to attack him and his family, and starts in-fighting among them. Meanwhile, Tom’s partner John Crawford (Jason Statham) is unaware that Tom survived and is busy chasing Rogue to avenge Tom’s supposed death.

In the Hindi movie, the character of Tiger Shroff is revealed as the villain in the pre-climax. In case of the Hollywood movie, Jason Statham, believed to be a good guy, emerges as the baddie who was hand-in-gloves with one of the gangs and who was responsible for the murder of his partner’s family. The climax fight between the two takes place in an abandoned location, just like in the Bollywood movie.

Obviously, the Hindi flick is different in other ways. The bigger villains are the terrorists who want to carry out such a huge attack in India that’ll make people forget Osama Bin Laden. These terrorists are aided by four people occupying key positions in various departments related to the security of India and are nicknamed after chess pieces – ooth, haathi, ghoda and pyada. The track of Naina (Vaani Kapoor) gave the film an emotional touch and this too was missing in the 2007 starrer. However, at the same time, one can’t also deny that the similarities between the two films are quite too many.