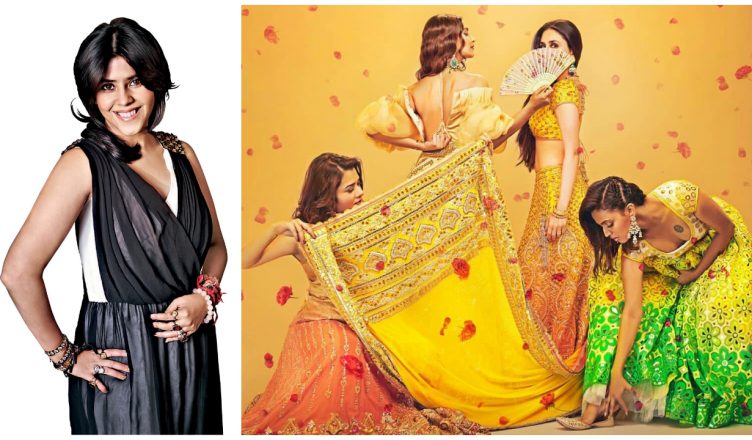 When I first saw the trailer of this week’s big release Veere Di Wedding, I was quite impressed and amused! After all, it’s rare that women in our films are shown in such an authentic light, freely talking about sex and hurling abuses. But immediately, I reminded myself that my joy might be shortlived. After all, we still have a ‘sanskaari’ Central Board of Film Certification (CBFC) who can cause problems for this film and get all these abuses muted or replaced with milder words, even if the makers ask for an ‘A’ certificate.

All these modifications had a mild impact while watching the film. However, Swara Bhasker uttering madarjaat and Sonam Kapoor saying pencho looked very odd unreal in this otherwise straight-out-of-life flick. And the question arises is – why didn’t the producers of the film, Ekta Kapoor and Rhea Kapoor, fight to retain the cuts? There were reports that Ekta and Rhea’s father, Jeetendra and Anil Kapoor respectively, attended the CBFC screening and requested that the film shouldn’t be butchered and only then did the CBFC decided to retain a lot of stuff. Yet, the film did get affected to an extent. 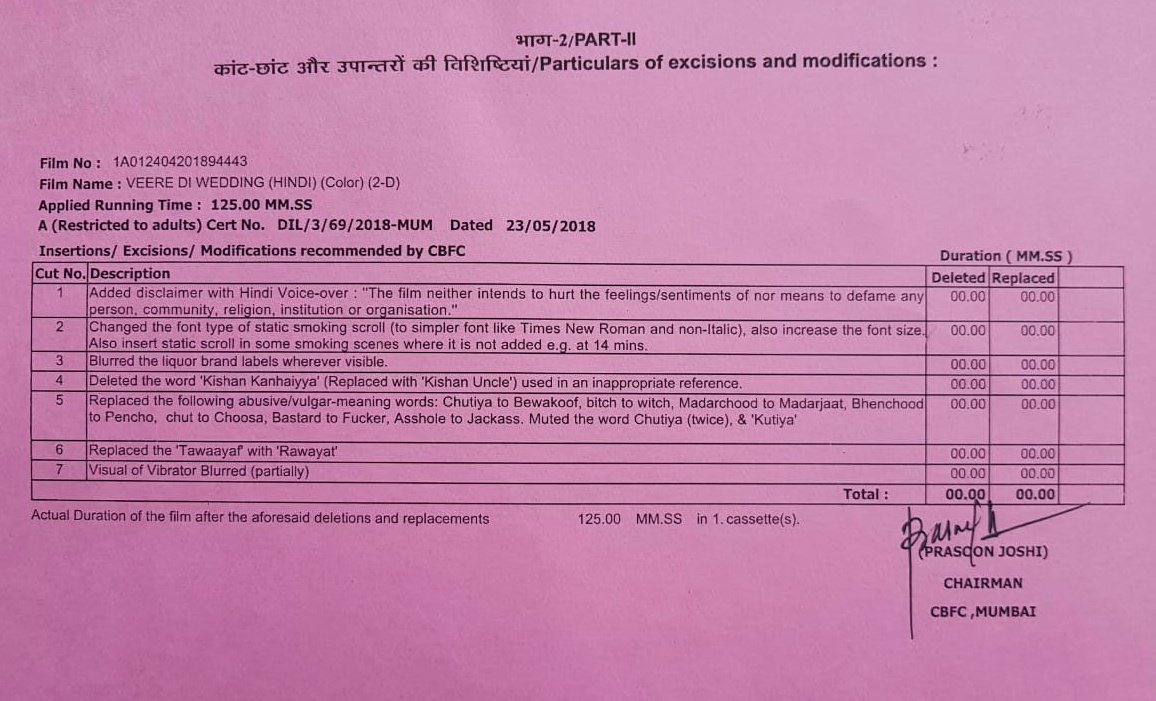 And this is quite shocking considering that we all know by now how our ‘sanskaari’ CBFC works. Ever since Pahlaj Nihalani became the chairperson of CBFC in January 2015, he had started implying unjust cuts on films which led to shockwaves. CBFC also became a laughing stock. The word ‘lesbian’ was muted in Dum Laga Ke Haisha. In Pyaar Ka Punchnama 2, all abuses were removed and yet, the film was given an ‘A’ certificate. Even James Bond was not spared – his kissing scene in Spectre was reduced, leading to #SanskaariJamesBond jokes. The controversial Malayali film Sexy Durga had to change its name to S Durga due to pressure from the Censors.

But the CBFC doesn’t have its way all the time. There’s a solution for the makers who if they desire for almost zero cuts in their film. The Examining Committee (EC) is the first one to see the film and suggest the unjust changes. If the makers are not satisfied with these changes, then they can approach the Revising Committee (RC). The RC is believed to be more liberal than EC and if the makers are still not happy, the next step is to approach the Film Certification Appellate Tribunal (FCAT). The FCAT in most cases relaxes most of the cuts ordered by the EC. Ekta Kapoor would know about this well. After all, 3 of her films – Great Grand Masti, Udta Punjab and Lipstick Under My Burkha – were stuck due to the insane number of cuts asked by the CBFC. Udta Punjab especially led to a lot of problems as the makers were asked to do 89 cuts in the film, including removing the word ‘Punjab’! The makers fought tooth and nail and even approached the Bombay High Court, which passed the film with just 2 cuts. Great Grand Masti and Lipstick Under My Burkha got passed by the FCAT with minimal changes. This year’s first release Kaalakaandi, starring Saif Ali Khan, also faced problems from the CBFC after it was told to make 72 cuts/changes. But the FCAT passed the film with an ‘A’ certificate and just 2 cuts.

However, all this takes time. As a result, if a film has adult content, the makers should ideally apply for certification at least 3-4 months or even 6 months in advance. This would give the makers enough time to fight it out and approach the RC and FCAT. Unfortunately, most of them don’t do so. Most of the films get ready only 2 or 3 weeks before release and only then they approach the CBFC for certification. By the time the EC sees the film and suggests the changes, there’s no time left to fight it out with them. As a result, the makers have to accept whatever cuts asked by the EC.

Ekta Kapoor and Rhea Kapoor should have obviously known that their film’s content is such that it can get chopped off. Hence, they should have applied for certification way back. Also, it was akin to cheating the moviegoers since the Veere Di Wedding trailer did show Sonam and Swara mouthing expletives, all of which got replaced. Why did they incorporate these abuses in the first place? Didn’t they know that the CBFC would cut it out? Was the plan to generate hype for the film by showing the abuses and then not really caring whether they make it to the final cut? Is opening and money all that matters to the makers? What about fighting passionately for creativity, the way Ekta did for Lipstick Under My Burkha? Why couldn’t she and her team plan the shoot and post production in such a way that they could have got 3-4 months to save the film from having any changes from the CBFC?

Of course, this is a minor complaint against the film and the makers won’t take it seriously. But in the long run, something has to be done about this. It’s frustrating to see mutes and replacements done especially in those scenes which are already shown in the trailers in the uncensored form. Here’s hoping the makers in future don’t take audiences for granted and go all out to save their film from getting axed!