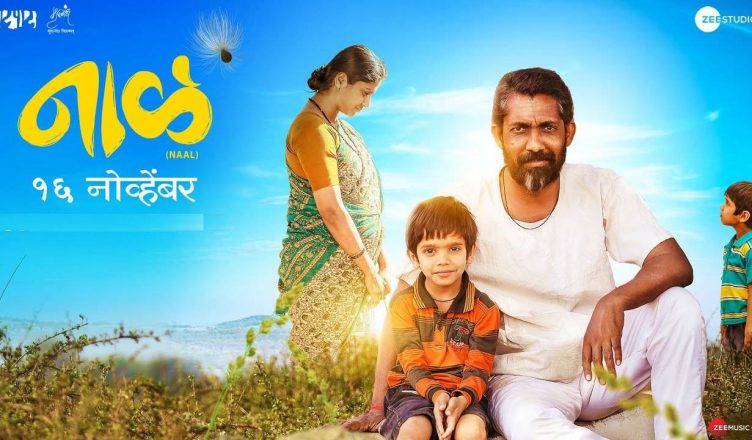 Naal is a Marathi film produced by Sairat director Nagraj Popatrao Manjule and also features him as an actor. After Ani…Dr Kashinath Ghanekar, this is the second Marathi film of November that’s making huge waves and drawing house full crowds across the state. The story is quite impressive and is heartwarming as well as heartbreaking. The lead character of the kid is very thought of and the way he goes through myriad of emotions is worth watching. Also, the symbolic aspects thrown in the film to support the principle plot is damn good. A few scenes here and there seem a bit over the top but in the second half, all the glitches are forgotten. The pre-climax and climax are the best parts of the film. Sudhakar Reddy Yakkanti deserves brownie points as he not only directed the film, but also wrote the script and screenplay and is the film’s cinematography. He has captured the rural landscape beautifully and the use of drone shots is captivating. Talking of performances, Shreenivas Pokale takes the cake. His adorable looks work big time for him besides of course his great act. Devika Daftardar has the second most crucial part and handles it very well. Nagraj Popatrao Manjule as always is quite dependable. Seva Chavan and Om Bhutkar leave a tremendous mark. Deepti Devi is rocking in a cameo performance. All in all, it’s a film that’s highly recommended!