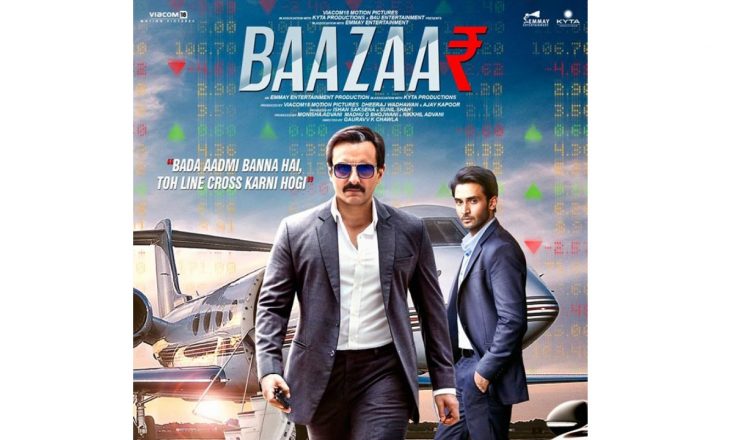 Baazaar has a great and very engaging first half. The characters are very well established. Saif Ali Khan’s entry scene is quite powerful and whistles and claps worthy. It is surely one of the best scenes in recent times and this surely ranks as one of the best performances of this versatile actor! Post-interval however, the film begins to drag and gets too convenient and unconvincing. The build up to the climax is nice but then in the last 5-10 minutes, the film again falters and ends on an unfair note. And contrary to reports, Baazaar is not inspired by Wall Street or The Wolf Of Wall Street. Saif, as mentioned before, is too good and he surely is in his element playing the wicked businessman. Rohan Mehra makes a confident debut and has a fine screen presence. Radhika Apte looks stunning and performance wise, she is first rate as always. Same goes for Chitrangda Singh and she has a crucial part in the second half but has very less screen time. It’s disappointing to see such a fine actress getting a raw deal, first in Saheb Biwi Aur Gangster 3 and then in Baazaar. Overall, this is a surely a nice one time watch!