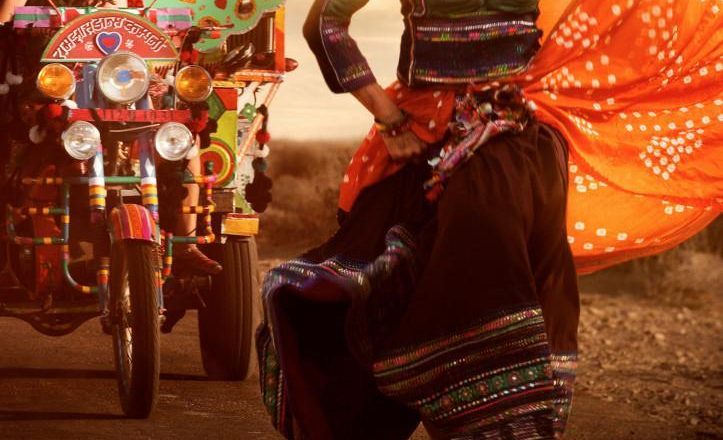 It’s no longer a shocker that women are oppressed in India, especially in the interiors, and how. Yet, when one sees Parched, one is left stunned. The material is strong but the execution is also such that it doubles the impact in many scenes. It has its glitches as well but the plusses outnumber the minuses, making it one of the best films to have come out of Bollywood in recent times!

The story of the movie: Rani (Tannishtha Chatterjee) is a widow who stays in a remote Rajasthan village. She has finalized Janaki (Lehar Khan) as wife for his teenaged son Gulab (Riddhi Sen). Gulab seems to have gone the wrong path and Rani hopes the marriage brings him on track. Her friend is Lajjo (Radhika Apte) who is married to Manoj (Mahesh Balraj). She has failed to conceive despite numerous attempts and is shamed for being infertile. Both are good friends with Bijli (Surveen Chawla), a local erotic dancer and also a sex worker. She is rebellious but has her own personal issues. How these women become each other’s support and face their respective problems, sometimes single-handedly and sometimes unitedly, forms the crux of the film.

Parched transports one into another world altogether from the first scene itself. The energetic background score makes one feel that one is about to see a light-hearted film. In 10 minutes, it all changes as the makers highlight how women get exploited and oppressed in various ways. The writing is topnotch and each character is nicely fleshed out. The best part is that the principle characters aren’t all white either. Rani makes it clear how she was oppressed when she was a newly wedded wife but then metes out the same treatment to her daughter-in-law. The most interesting character undoubtedly is Bijli. It’s thanks to her that there are some funny moments in the movie. Also, her struggles and dilemmas are heartbreaking. Not that Rani and Lajjo’s problems aren’t big but the bus stand sequence comes out so unexpectedly and makes such an impact that one is left stunned!

Sadly, the film is not without its share of blemishes. The beginning 10 minutes are not that great and the film gets on track only with the sequence of Champa (Sayani Gupta). The ending is great but seems a bit too convenient. The film has an open ending but it culminates by raising several questions. And the answers possible for those questions are quite unsettling!

Parched rests on some wonderful performances. Radhika Apte is in top form like always. If you thought nothing could be better than what she did in Phobia, then Parched will surprise you! She is highly expressive and knows how to touch viewers – one laughs when she laughs and cries when she is in pain. Hats off! Tannishtha Chatterjee delivers yet another powerful performance. Initially, she doesn’t stand out but as the film progresses, she really comes out and impresses a lot. Surveen Chawla is highly explosive. She is quite sizzling and gets totally into the skin of her character. Watch out for her in the bus stand sequence – she just kills it! Here’s hoping she gets to play more such interesting roles! Lehar Khan does very well without going overboard. Riddhi Sen is terrific in the negative role. One can’t help but hate him! Sumeet Vyas (Kishan) is lovely. He plays an adorable character and he lightens up the mood with his performance and dialogue delivery! Nancy Nisa Beso (Naobi) and Mahesh Balraj are decent. Sayani Gupta rocks the show with just one sequence. Same goes for Adil Hussain. Chandan Anand (Rajesh) is an actor to watch out for!

Hitesh Sonik’s music is quite nice. The so-called item songs are nicely incorporated in the movie. His background score is much more impactful. Russell Carpenter, who shot Titanic, does a great job as a cinematographer. The barren Rajasthan is beautifully captured. Even the indoor scenes make a huge impact somewhere thanks to him. Amardeep Behl’s production design is rich but also authentic. The tent and the ‘jhakda’ are very well decorated. Leena Yadav’s story is very interesting. Dialogues are brilliant. Leena Yadav and Supratik Sen’s screenplay makes an impact. Some of the scenes they have thought of are brilliant – for instance, when Gulab is having his first night or when Lajjo removes her top. Kudos to her direction as well! These and many other scenes are exceptionally shot. Most importantly, she has comes miles ahead from her previous films – Shabd and Teen Patti. Sadly, there are blemishes here and there and if they were taken care of, Parched would have been a classic!

Some of the best scenes:
1. Champa confronts the sarpanch
2. Rani and Lajjo meet Bijli for the first time
3. Gulab’s first night with Janaki
4. Gulab in trouble over money
5. Rani, Lajjo, Janaki, Bijli go for a ride (terrific!)
6. The intermission point
7. Adil Hussain’s scene
8. Bijli at the bus stand
9. The last 15 minutes

On the whole, Parched is a well-written and well-made film that creates an impact. The characters are very impressive and nicely woven in the narrative. All the principle actors – Radhika Apte, Tannishtha Chatterjee and Surveen Chawla – leave a huge mark. The film could have been better especially towards the end. Nevertheless, it’s a film to watch out for! Do go for it if time permits! 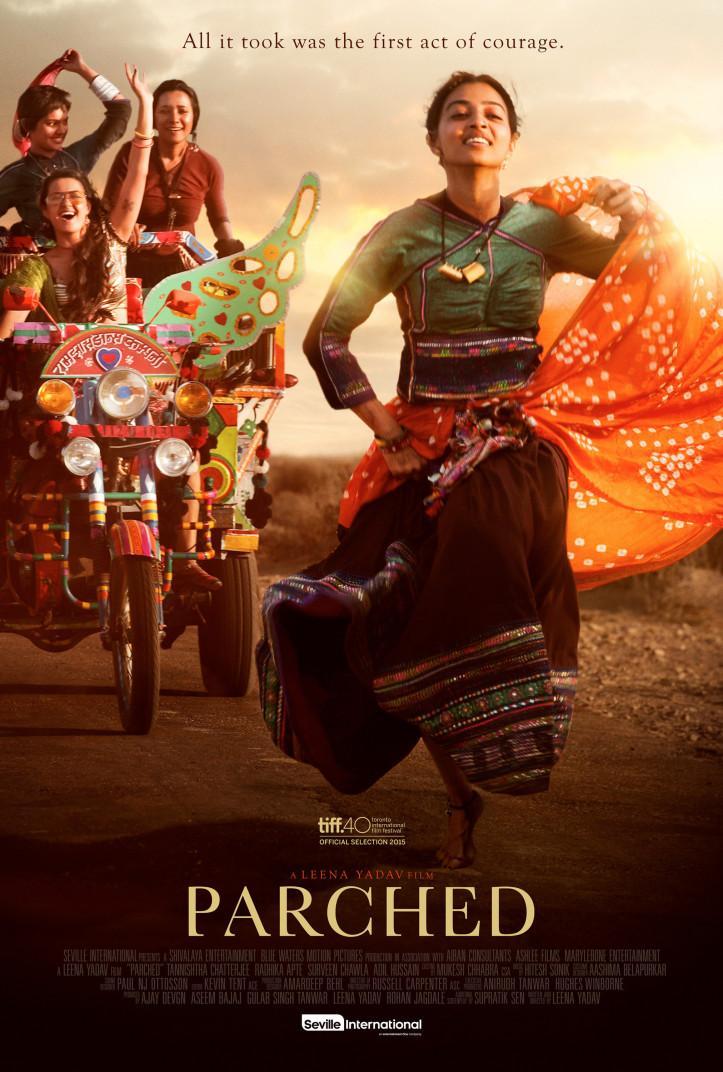