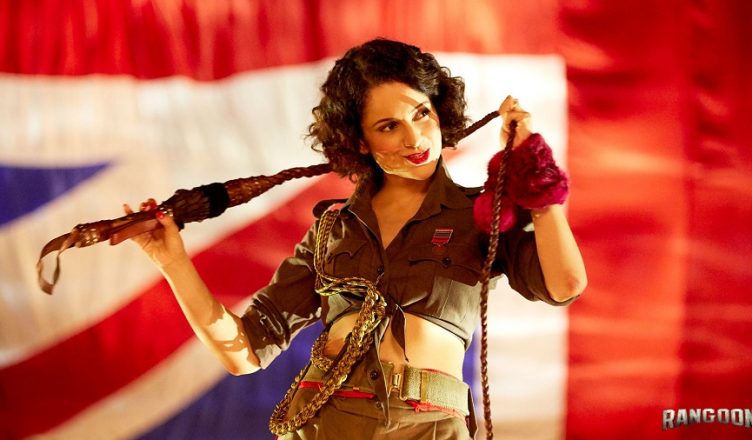 Rangoon has a shaky start but as it moves ahead, it gets better and better. Often, filmmakers whose forte is small-scale, unconventional films falter when they make big budget flicks. But director Vishal Bhardwaj handles the grandiose very well and doesn’t let it overpower the principle plot, although in the beginning portions, he doesn’t seem to be in total control of the narrative at places. There’s more to the film than the love triangle and it keeps the interest going beautifully. The best is reserved for the finale – it is dramatic, action-packed, moving – and it takes the film to a high! Mindblowing stuff! Performance wise, Kangana Ranaut takes the cake. She is lucky to have got a chance to play such an amazing, kickass character. It is very rare that a female character gets to do such great, heroic stuff in a film that isn’t so-called female centric. Shahid Kapoor looks super dashing and as always delivers a smashing performance. Saif Ali Khan too shines, especially in the second half. Rangoon is not exactly a conventional entertainer and hence, at the box office, it might not really emerge as a profitable venture since the costs are really high. But majority of the audiences are surely going to give this film a thumbs up!